When will India have 5th generation aircrafts? 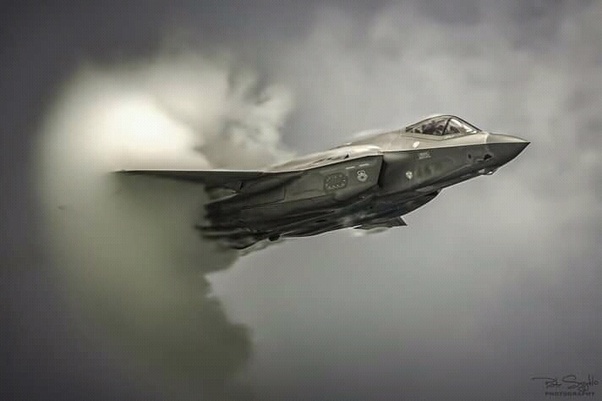 So, let’s start the detailed answer.

India is already suffering shortage of squadrons for a two-front war. As you know we are sorrounded by our two arch rivals, Pakistan and China, this is really concerning fact for our defence. Meanwhile, Indian Air Force is anytime capable to handle Pakistan Air Force, but not People Liberation Army (China) Air Force. PLAAF is ahead in both quality and quantity terms. China operationalised their 4th generqtion indigenous fighter Chengdu J10 “Firebird”

Adding more point, China is operating its own 5th generation fighter J20 but Indian 5th gen AMCA is nowhere to be seen. So, currently our industry is quite behind the Chinese. So let’s talk about the 5th generation fighter requirement. India at this time operates 4.5 gen fighter Su-30MKI as first line of defence. Soon, a much more capable aircraft Rafale will join the Air Force as most potent aircraft. It is a multirole aircraft that can serve both Air Superiority and Strike missions. It is comparable with every other jet this world. It also resembles various 5th generation qualities like stealth, advanced Fly-by-wire system, etc. However, it is still a 4.5 gen fighter and can’t be assumed in the category of 5th gen.

The 5th Generation fighters are new for modern era warfare. Only powerful and rich countries operate 5th generation fighters for now. Soon, the no. will extennd once we have wide variety of options. India is also a powerful country (in military terms) who require a strong force to defend the frontlines. As Pakistan and China are also not weak countries, India needs to maintain the power in the region. The MMRCA 2.0 is actually under consideration for getting hands on some good 4.5 gen fighters. F/A 18 Block III and Rafale F4 (if offered) may be the possible winners (any ome of them, or both). But the question is for 5th gen fighters, so let’s stick to the topic.

What is the role of 5th gen fighters?

The role is similar to the aircrafts of previous generations. 5th gen fighters can perform dedicated air superiority missions or strike missions or both. They generally holds a low radar signature due a Radar Absorbent Material(RAM) paints that helps in dodging enemy radar waves giving almost invisible impression during missions in enemy airspace. (Note that 5th gen fighter jets are not completely invisible on radars. They can be tracked with current modern radar systems. Also, in the stealth technology, tracking time or detection time is delayed due to low RCS.) Jets are equipped with an internal bay that carries heavy ordanance (bombs) or missiles, to keep the RCS as low as possible during missions. It is widely preferred when your enemy has good radar. Low RCS may delay delay the detection/tracking by the radar.

Lessons for the AMCA

There are many lessons to be learnt from the LCA experience and these need to be implemented for future programmes like the Advanced Medium Combat Aircraft (AMCA). The most important lesson is the fact that ADA should be restructured to run a programme efficiently with cost, operational, and national imperatives in a well balanced manner. It also needs to be well integrated with the industry. This can only be done by the user or user’s representative. All over the world, the user or the military service takes over the programme management immediately after the technology demonstration phase.

For example, the USAF’s fifth generation fighter F-22, was managed by the USAFappointed programme manager for its entire 18 years of development time after first two years of technology demonstration phase by the industry, namely Lockheed Martin.

ADA (Aeronautical Development Agency) has to be restructured as a National Fighter Aircraft Design and Development agency, and should be headed by a professional with Air Force operational experience. He must have a long tenure, and must have the freedom to take operational, technological, and financial decisions in order to achieve time-bound, cost-efficient, and operationally compliant programme management.
Assistance from foreign OEMs must be strategically selected with longterm and risk-sharing partnership. For example, if the GOI chooses a single-engine fighter for manufacture of at least 200 aircraft for the IAF, this OEM should be so chosen that India gains strategically on a long-term basis. This OEM should be involved in assisting ADA and the industry in developing, manufacturing, and exporting derivative models of the LCA. It will then be a 50% risksharing partner for the development, manufacture, and sale of the AMCA under ADA’s program management.

The AMCA must become India’s FGFA, and be IAF’s main stay over the next 20-30 years. Derivatives of the AMCA will meet the navy’s requirements, as well could become the basis of India’s export drive.

The AMCA programme should lead to indigenisation of aerospace materials, aggregates, radars, avionics, sensors, weapon systems, communications, components, and complete control of all its algorithms. The development of aero engine capability can be followed up subsequently, as this would take much longer time, face more hurdles, and incur significantly higher costs.

In summary, it is evident that the current manner of fighter aircraft programme management has been a failure. In order to achieve a success in our ‘Make in India’ strategy, the next generation fighter aircraft development (AMCA) must undergo significant change through restructuring of ADA and placing it under the control of a user led professional programme management.