Why Indian-America Relations Are Just Words & No Action – Chinese Perspective 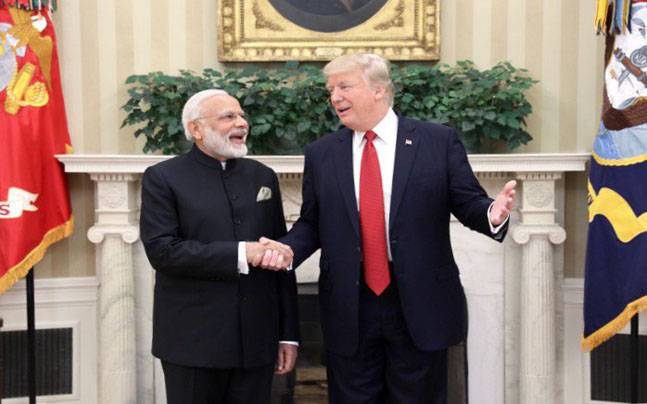 The ties between India and the US is based on a shared sense of values, economic stake and a common concern about the rise of China. On paper, the relationship looks a match made in heaven, however, their strategic defence cooperation gets bulldozed by US-India differences and outlooks, writes Mu Xiaoming.

Much was expected to come from Donald Trump’s first-ever visit to India. New Delhi decided to buy attack helicopters and other US military equipment worth $3bn and signed three MOUs on health and energy sectors.

The two countries also announced to step up cooperation in national defence, the fight against cross-border crimes and terrorism. However, the visit just turned out to an opportunity to showcase the Modi-Trump bromance and no major agreement was announced by either side.

Mu writes that while India and USA do see eye to eye on demands related to the Indo-Pacific strategy but when it comes to taking concrete actions and policies the two countries come to a disagreement.

While both want a multi-polar Asia to deter Chinese rise, Washington wants to foster a regional security structure with the security dialogue among the US, Japan, India, and Australia at the heart. Its counterparts in New Delhi, on the other hand, seek an ASEAN-centered regional arrangement with an emphasis on economy and infrastructure.

This is not the first time New Delhi and Washington have had differences. This fundamental divergence was evident during the 2019 US-India 2+2 Ministerial Dialogue meeting among their foreign and defence ministers held in the US last December, says Mu.

At the press conference, American and Indian officials made different statements on some key issues, and US Secretary of State Pompeo admitted that the two sides were not on the same wavelength for many matters although they had held candid and open discussions about many big issues.