Why is India buying Athos Howitzer from Israel instead of DRDO’s ATAGS? 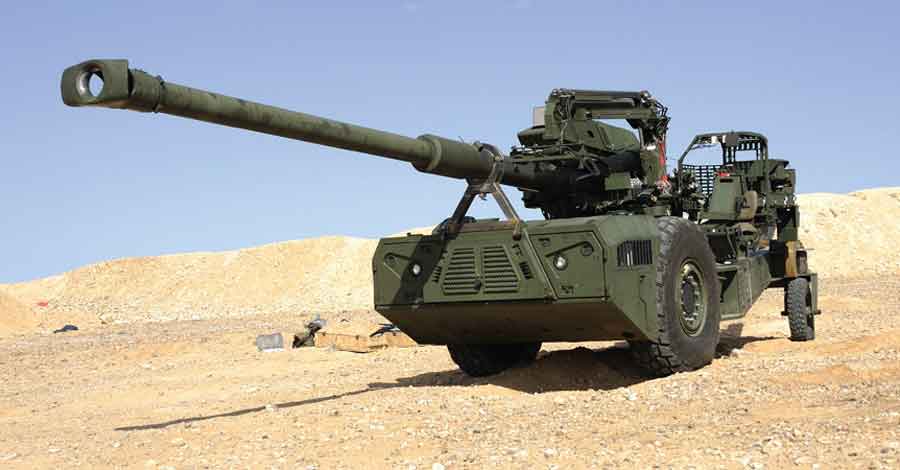 It was 1999, when Indian army initiated the Field Artillery Rationalization Plan (FARP), an ambitious “artillery modernization’ program” aimed at acquiring 2,700–3,600 artillery guns. Under FARP, the army planned to acquire 1,580 towed howitzers, 100 tracked self propelled guns, 180 wheeled SP guns and 814 mounted guns systems for 180 of its 220 field artillery regiments by 2020. But things have virtually remained stagnant with no new inductions except the M777 ultra light howitzer which is purchased from US.

The Indian army had been desperately wanting to replace the ageing Bofors guns procured in the 1980s, but has failed to buy a single Howitzer because an earlier international tender for 155mm/52-calibre guns was aborted over the blacklisting of overseas competitors on charges of corruption involving firms including Rheinmetall of Germany, Singapore Technologies Kinetics, Soltam and Denel of South Africa.

There was a vacant space created in the artillery regiments with the last artillery deal being that of Bofors guns. DRDO saw this opportunity & started the Advanced Towed Artillery Gun System (ATAGS) project was started in 2013 to replace older guns in service.

ATAGS is a form of Towed Artillery & surprisingly holds the current world record of firing at longest range by an howitzer using Base-Bleed ammunition. ATAGS has fired at 48.074 km (vs 40 km range of ATHOS).

Now coming to the question,

Why ATHOS instead of ATAGS ?

The Indian army artillery regiments need in excess of 1,600 towed artillery in the 155 mm caliber. Considering the complexity with which these guns are manufactured & the associated costs, 1,600 guns is a big number.

Now the reasons of why the towed artillery will have a mixture of ATHOS & ATAGS (& Dhanush) might be:

ATAGS is not a proven platform. In fact it is the first 155 mm howitzer developed by DRDO. Though DRDO has prior experience in developing howitzers, they were small 105 mm caliber field guns. ATAGS has been rigorously tested & the gun has successfully completed trials, but there is nothing that beats the combat proven nature of ATHOS (pic below). Hence it is a safe bet to split the order into multiple vendors so that the artillery regiments have a combat proven machine on which they have superior confidence (i.e ATHOS) & also welcoming a indigenous gun (ATAGS & Dhanush).

It takes quite a while to manufacture guns of this caliber & complexity. Considering the urgent requirement of these artillery pieces in the army & the low volume production of OFB & DRDO, it is not feasible to manufacture & arm the regiments with all 1,600 indigenous guns. Hence the order to purchase towed artillery is split into a mixture of ATHOS, ATAGS & Dhanush to reduce the lead times.
Unlike ATAGS, ATHOS is technologically ahead with its GPS/INS enabled on board computerized firing systems achieving automatic control, accurate navigation and target acquisition. This makes the gun completely autonomous & hence not only increases the efficiency of the gun but also reduces the crew workload. Now the hidden intention of army could be to adopt this system into further batches of ATAGS to increase its performance & thus have a stronger homegrown battle proven system.
Finally, it is a low risk venture to “put all your eggs in different baskets” so that if after a couple of years it is found that a particular type is flawed or the spares are not available, rendering the type useless, you still have the other two to defend your country without compromising the capability.
Trivia:

The two guns are similar but has differences which enables the army to use them in two different situations. Dhanush is a 45 caliber Gun & the ATAGS is 52 caliber which simply means that ATAGS has longer barrel.

Both Dhanush & ATAGS are in order from the army.

I hope I’ve justified with your query about why ATHOS & not ATAGS. If I’m wrong somewhere please let me know.