This Is Why the World Should Fear India’s Nuclear Weapons 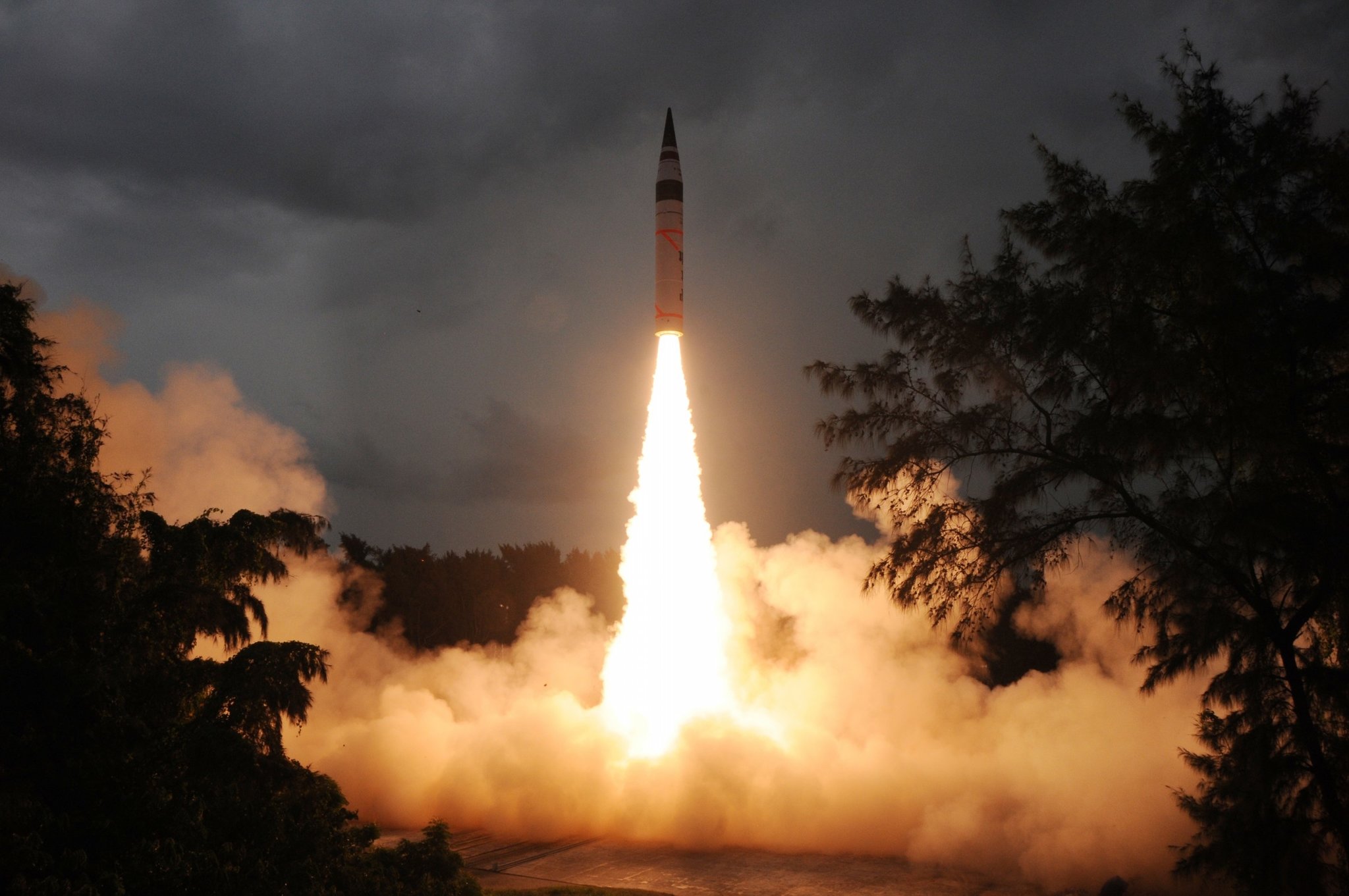 India, the world’s most populous democracy, occupies a unique strategic position flanked by powerful adversaries. As a result, its 1.3 billion people are guarded by an arsenal of approximately one hundred nuclear weapons deployed on land, at sea and in the air. Despite its status as a Cold War holdout, the country was forced to develop its own nuclear weapons.

India’s nuclear program dates back to 1948, just one year after independence. The Nehru government looked to nuclear power as an inexpensive energy source for the young country. An Indian Atomic Energy Commission was created that year to oversee the country’s nuclear efforts. Due to a lack of uranium on Indian territory, the country naturally gravitated towards using plutonium instead. India’s first nuclear reactor, Apsara, was built with help from the United Kingdom and went critical in August 1956.

New Delhi originally considered building nuclear devices, not as weapons, but as what were then called “peaceful nuclear explosives” capable of building harbors, excavating for natural gas, and other large construction and mining projects. While functionally identical to nuclear weapons, the plan demonstrated that India was not yet convinced it needed an actual nuclear deterrent—yet. As a founding member of the Non-Aligned Movement, India was a bystander to the feverish pace of the nuclear arms race between the United States and Soviet Union.

The 1962 war with China, however, changed that. The limited attack on Indian territory could have been much worse had the two countries engaged in all-out war, particularly if Pakistan and China had paired up together. Furthermore although China was not yet a nuclear power, its nuclear status was considered an inevitability and a nuclear Beijing could blackmail India into territorial concessions—at the risk of atomic annihilation. New Delhi’s nuclear race was on.

India’s first nuclear test was conducted on May 18, 1974, at the Pokhran Test Range in the Rajastan desert. The device, nicknamed “Smiling Buddha,” had an explosive yield of between six and fifteen kilotons (the Hiroshima device is generally estimated at sixteen kilotons). The test was conducted in an underground shaft to contain radiation. India described the test as peaceful in nature but China’s nuclear status, achieved in 1964, meant that it was almost certainly designed to be a weapon.

The test propelled India into the so-called “Nuclear Club” that had previously consisted of the United States, Soviet Union, the United Kingdom, France and China. India refrained from nuclear testing for another twenty-four years, until detonating three devices on May 11, 1998, and another three on May 13. Most of the devices had low yields, between two hundred and five hundred tons, suggesting they were designed to be tactical nuclear bombs, but one device was a thermonuclear device that failed and reached a yield of only about forty-five kilotons.

Today India is estimated to have at least 520 kilograms of plutonium, enough for, according to the Arms Control Association, “between 100 and 120 nuclear devices.” New Delhi describes this a “credible minimum deterrent” against neighboring nuclear powers China and Pakistan. By comparison, China—which must also contend with nuclear rival the United States—has enough fissile material for between 200 and 250 devices. Pakistan is thought to have an arsenal of 110 to 130 devices. India has a firm No First Use policy with regards to nuclear weapons, vowing to never be the first to use them in any conflict and only use them to retaliate in kind.

As a result India has built its own “triad” of land, sea and air forces, all equipped with nuclear weapons. The first leg to develop was likely tactical nuclear devices for strike aircraft of the Indian Air Force. Today, India possesses more than two hundred Su-30MK1 twin-engine fighters, sixty-nine MiG-29s and fifty-one Mirage 2000 fighters. It is likely at least some of these aircraft have been modified and trained to carry nuclear gravity bombs to their targets.

The land-based missile leg of the triad consists of Prithvi tactical ballistic missiles. First produced in the late 1990s, Prithvi initially had a range of just ninety-three miles, but future versions increased their range to 372 miles. Despite this, Prithvi is still firmly a tactical weapon, while the Agni I-V series of missiles, with ranges from 434 to 4,970 miles, are strategic weapons with the ability to hit foreign capitals—as well as all of China.

The third leg of the triad is new, consisting of nuclear ballistic-missile submarines (SSBNs) of the Arihant class. Four submarines are planned, each with the ability to carry twelve K-15 Sagarika (“Oceanic”) short-range ballistic missiles with maximum range of 434 miles, or K-4 medium-range ballistic missiles with a 2,174 mile range. Using the Bay of Bengal as a bastion and protected by assets such as India’s carrier INS Vikramaditya, the Arihant SSBNs can just barely reach Beijing.

India’s nuclear buildup has been relatively responsible, and the country’s No First Use policy should act to slow escalation of any conventional conflict into a nuclear one. As long as India’s nuclear deterrent remains credible, it should cause rational adversaries to think twice before edging to the nuclear threshold. Still, the country’s volatile relationship with Pakistan, which has no such policy, as well as its “Cold Start” blitzkrieg plan of action against its neighbor, means nuclear war cannot be ruled out.