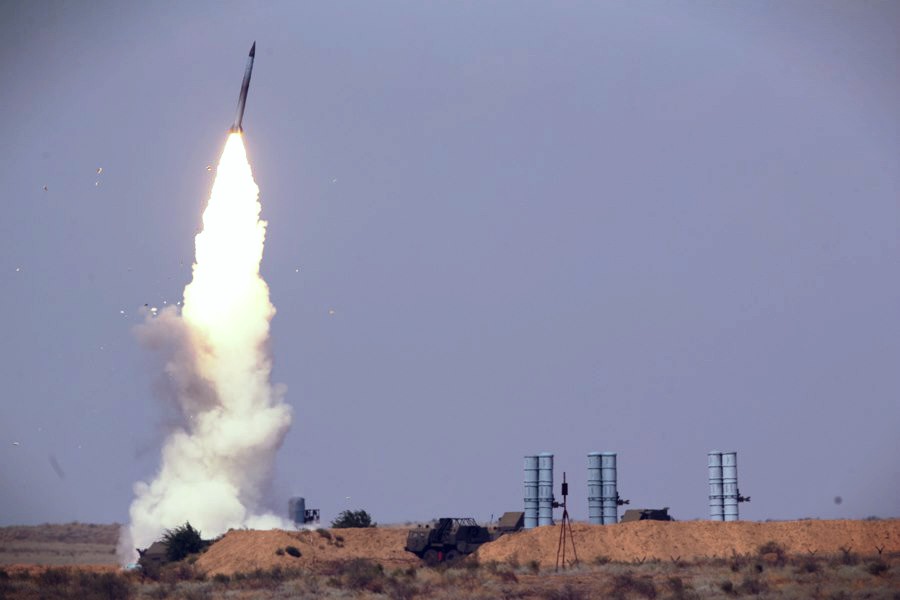 XRSAM (eXtra Long Range Surface to Air Missile) Weapon system is been developed for the Indian Air Force (IAF) and according to DRDO, IAF has accepted the configuration offered by the DRDO with the capabilities to develop a Long Range Surface to Air Missile Weapon system to neutralize aircraft’s, Sea skimming Anti-ship missiles (AShM) and Ballistic missiles in the terminal stage.
DRDO has revealed that XRSAM Air Missile Weapon system will have a range of 350km against targets like Bombers, AWACS and Mid-Air refuellers which usually operate from the depth of its own air space and it will be able to take down fighter size targets at a 250km range which is quite similar to the 48N6E3 Surface to Air Missile system which India will be getting with Russian S-400 advanced air defense systems. DRDO also says that the XRSAM Air Missile Weapon system will also be able to engage Stealth fighters and Ballistic Missile in the terminal stage.
XRSAM will be used to bridge the gap between MR-SAM (70 km) and S-400 (400 km) Air Defence System and will be using spin-off technologies developed for countries Anti-Ballistic missile Defence system.XR-SAM will complement the S-400 systems in their role and filling the need for a robust Multi-Layered Air Defence System and a family of Ground Based Air Defence Weapon Systems (GBADWS).

The total system will be consisting of two different surface to air missiles. One will have 250km range another will have 400km range.

XR-SAM is actually a spin-off of the AAD-1 endo-atmospheric interceptor with a service ceiling of 120 km and has supposedly Anti-Ballistic Missile features though its not confirmed.

DRDO is yet to confirm if XRSAM Air Defence Missile system will consist of one or two different type of missile system yet but there are unconfirmed reports indicating that system will be capable of simultaneously engaging cruise missiles, aircraft and ballistic targets, hinting of using two slightly different missile configuartion of same type .

XRSAM Air Missile Weapon system will supplement and will be slotted in between both S-400 and MR-SAM (70km) in the Indian Air Force. The naval version of the XRSAM for the Indian warships could also be developed to supplement the LR-SAM Anti-Air missile system integrated into major frontline warships.