Akash NG : A Look at What India’s Next Generation SAM Could Be 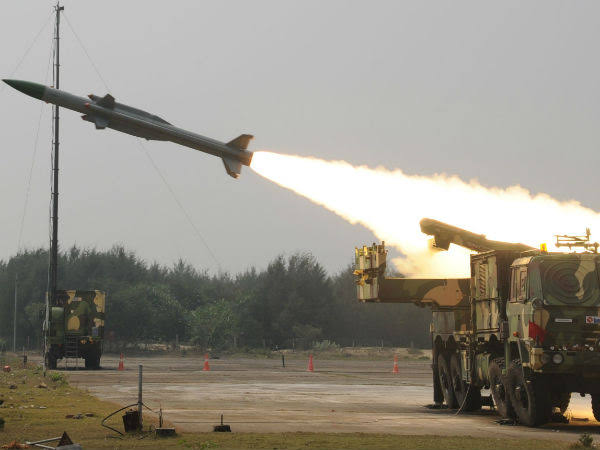 Confident with the success of Akash-1 missile system DRDO is now moving full steam ahead with the development of the highly advanced Akash-NG i.e. Akash-Next Generation. In May 2018, L&T’s ‘milestone ceremony’ gave us a glimpse of new Akash missile. Using that poster we created 3D images of Akash-NG SAM. Since we had to extrapolate the upper section of the missile, proportions might be slightly mismatched, but I think 3D-rendering gives us an idea of how the actual thing would look like.

The new model has substantial improvement in missile performance. The Akash-NG will not only have greater range but also the advanced signal processing and guidance system which will improve missile’s reliability and performance at extremes of engagement envelope and in a dense electronic jamming environment.

Another plus point is that Akash-NG will utilize a canister-based launch system. Since the new model appears to be considerably lighter and less bulky than its predecessor, a single launcher unit is expected to carry six hermetically sealed missile canisters. Canister-based launch system would provide much longer shelf life and reliability. It also reduces overall deployment time. Akash-1 missiles are also stored in sealed canisters but they have to be mounted on launcher rails without the canister, which makes reloading a time-consuming task.

According to unconfirmed reports, Akash-NG will feature an AESA Multi-Function Radar(MFR). The Addition of MFR will afford the Akash missile system capabilities it never had before. MFR will combine functions (search, track and fire control) of three different radars in one single unit. The use of AESA radar versus older PESA Rajendra radar allows for a much higher sensitivity and reliability. MFR combined with enhanced command and control system will improve overall processing and target handling capability which means that Akash-NG will have a faster reaction time and a higher level of protection against saturation attacks. It has increased the number and types of target Akash can engage. In addition to intercepting incoming PGMs, cruise missiles, and aircraft, the new SAM will also be able to destroy short-range rockets and ballistic missiles.

Akash-NG will bridge the gap between 25km Akash-1 / Akash-1S and 70 km MR-SAM and will be slotted in between this two Air Defence system to provide two-layer air defense protection to various high valued military and civilian installations against aerial targets like fighter jets, cruise missiles, and air-to-surface missiles” as well as ballistic missiles.