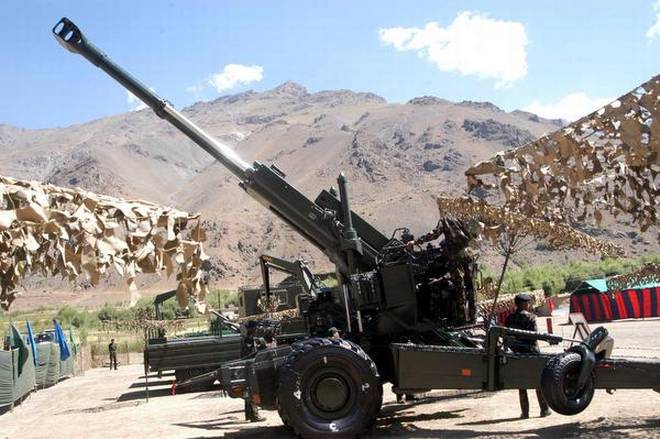 India plans to get indigenous Self Propelled Air Defence Gun Missile System (SPAD-GMS) replace 1360 obsolete Bofors L 70 40mm single barrel and Soviet-era ZU-23-2 towed 23 mm twin-barrel weapon systems. “The Indian Army is keen on acquiring an indigenous system which is more efficient and was being developed simultaneously when the global tender was floated in 2013.” When the Defence Acquisition Council (DAC) headed by defence minister Rajnath Singh meets in New Delhi next week, this issue will be on the table for discussions.

While the upgraded Tunguska system fielded by Almaz Ante and Pantsir by KBP Tula systems both of Russia failed during trials, South Korea’s Hanwha Defense Systems — Hybrid Biho system was not fully compliant during the trials carried by the Indian Army.

A senior officer who wished to remain anonymous said that “The specifications laid down in the Request for Proposals (RfP) remain unfulfilled by both sides.” In fact, the Russian have been raising their concerns since 2018 at various meetings in the Ministry of Defence after the Korean company emerged as the sole qualifier during trials.

The Financial Express Online had reported in November last year that Russian side will raise the issue when defence minister Rajnath Singh had visited that country. “The qualification of the Hanwha System is being re-looked as there are some concerns that it is not fully compliant,” said the senior officer quoted above.

Several presentations have been made against the South Korean company to the Ministry of Defence (MoD) and issues related to the non-compliance has been pointed out.

Issues likely to be discussed ::

From the five initial bidders, Russian and the South Korean Company made it to the trials. But both Russian companies failed the trials. And, now it is a single vendor deal.

In the deal which is around $ 3 billion, according to sources the system being offered by the Korean company is one generation older and will need to be upgraded immediately.

The equipment being offered does not clearly meet all the requirements as mentioned in the RfP which clearly mandates that the guns need to be controlled by the radar.

“The bigger issue with the K-30 Biho (Flying Tiger) twin 30mm short-range mobile self-propelled anti-aircraft system of Hanwha System is that it does not have fire control radar as required in the RfP. And it can track targets only during the fair weather. And, not only is it outdated it is also a generation old.”

However, the Russian Pantsir fielded by KBP Tula systems is new generation and come equipped with 3 D radar with the capability of picking up small objects including drones. But, it did not clear the 30-degree gradient test.

What does the Indian Army want?

From the time it floated the global tender it was looking for both gun and missiles. These could either be mounted on either one or separate high mobility vehicles.

Both the gun, as well as the missile, should have the capability which will allow it to engage aerial targets with and without the fire control radar, either simultaneously or independently.

The plan is to procure five regiments. These will have 104 systems including of gun missiles systems. These will come with 4,928 missiles and 172,260 rounds of ammunition.

If and when the contract is inked, the company has to fully transfer the maintenance technology to the state-owned Ordnance Factory Board.

There is a need for day and night camera functionality and a built-in simulator.

While the gun should have the capability to engage a target at 350 rounds per second, the missile should have a range of five kilometres.

Should be able to operate up to 50 Kms on a single fuel tank up, and without refuelling last up to eight hours. There are plans to eventually indigenously develop under the Buy-and-Make (Indian) category of the Defence Procurement Procedures (DPP).