Why hasn’t the Indian Air Force retired the Cheetah and Chetak? 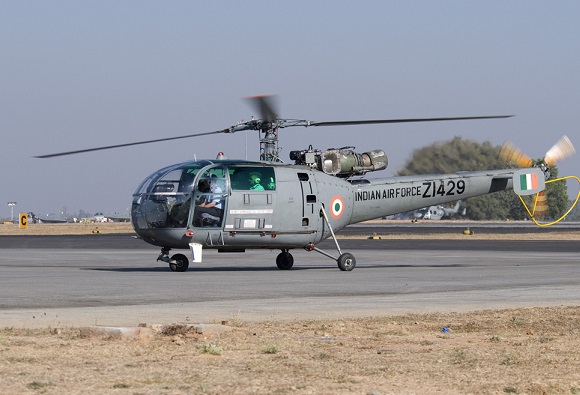 There is no replacement available yet . ALH has partly replaced some of the sectors they operate in but it is not as light as these two. The DRDO/ HAL version called Light Utility Helicopter (LUH) is still under development. Developed indigenously by HAL, having in principal order for 187 LUHs that includes 126 for Indian Army and 61 for IAF, LUH will meet requirements of both military and civil operators. Being the new generation helicopter, LUH is designed and developed by Rotary Wing Research and Design Centre (RWR&DC) of HAL to replace the ageing Cheetah and Chetak helicopters used by Indian Armed Forces. The LUH’s first prototype, PT-1, first flew on 6 September 2016 and the second prototype flew on 22 May 2017.

“The helicopter exhibited satisfactory performance and handling qualities. With the completion of this milestone, LUH can now undertake high-altitude cold weather trials planned in January 2019,” HAL said in a statement.

Flying at 6 km altitude is a critical requirement towards the certification of LUH, and this represents a significant achievement for the development team at HAL. The helicopter was flown to undergo envelope expansion tests, it has a permitted height limit of 6.5 km.

The helicopter with Glass Cockpit will be deployed for Reconnaissance, Surveillance roles and as a light transport helicopter. The helicopter will be capable of flying at 235 Kmph, with a service ceiling of 6.5 Km and a range of 350 Km with 400 kg payload and is powered by TM/HAL Ardiden 1U/Shakti 1U single turbo shaft engine with sufficient power margins to cater to demanding high altitude missions.[2]

Historic Delay Since First RFP in 2003

Plans to replace the ageing Cheetah and Chetak chopper fleet of the Army and Air Force are set to get delayed, thanks to indecision of the Defence Ministry over conducting of the field trials.

Of the 197 choppers to be procured, the Army will get 133 choppers and rest 54 will go to IAF for replacing their old French-origin fleet.

The two forces need a total of 384 choppers, of which 197 will be supplied by foreign vendors and the rest would be co-developed by the Hindustan Aeronautics Limited with a foreign manufacturer.