Battle Of 1965 War: When India’s ‘Asal Uttar’ turned into a graveyard of Pakistani tanks 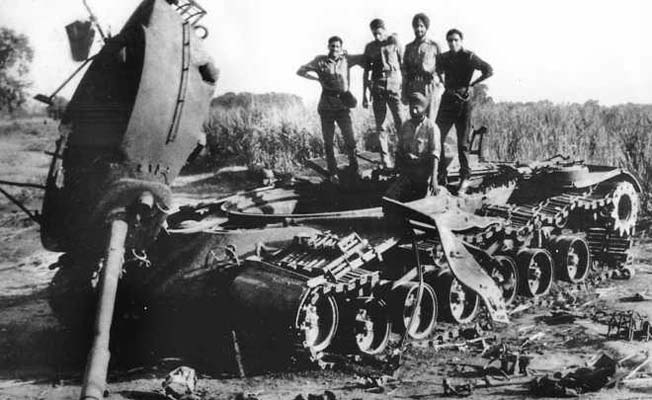 Courage is contagious and it often turns certain defeats into victories. The battle of Asal Uttar, fought between the armies of India and Pakistan between September 8- 10 in 1965, is one such tale of unparalleled courage displayed by Indian soldiers, and it changed the course of the war altogether.

The battle of Asal Uttar rivals the battle of Kursk, the biggest tank battle fought in the history of mankind between Nazi Germany and Soviet forces during the second World War. The battle was fought when Pakistani forces, with the help of American Patton tanks, had captured Khem Karan, a small Indian town 5 kms inside the international border. Pakistani forces were eyeing a siege at the holy city of Amritsar, and the Indian army knew that if Amritsar fell, Indian defeat would be certain.

Captain Amrinder Singh, CM of Punjab, who had also fought in the 1965 war, had once said that if the Indian Army hadn’t stopped Pakistani advance at Asal Uttar, Amritsar would have fallen and it would have been all over for India.

Pakistan has fought many wars with India, but it has never been more menacing than the war of 1965, when riding on their sophisticated American weaponry, they almost annihilated Indian defenses in Khem Karan and captured the town on September 6. 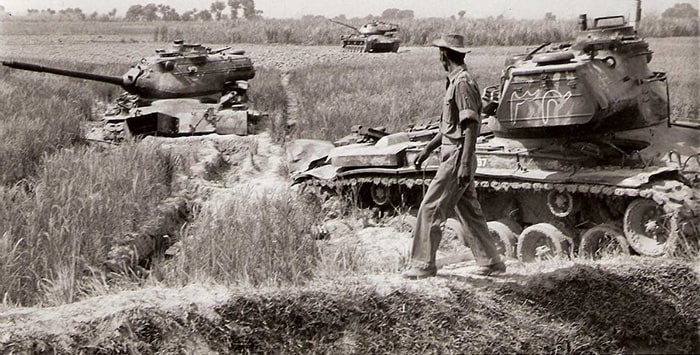 Against all odds, Indians stood their ground at Asal Uttar

Asal Uttar means fitting reply and that’s exactly what the Indian army gave their Pakistani counterparts when Indian troops, marred by a lack of supplies and ammunition, crushed Pakistani hubris garlanded by an edge in numbers as well as weaponry and tanks. Indians, after the fall of Khem Karan, consolidated their defense in Assal Uttar.

At the peak of the war of 1965, Pakistan’s General Ayub Khan devised a strategy to capture Amritsar and block the supplies of the Indian Armed Forces stationed in Jammu & Kashmir. The task was handed over to the ‘1st Armoured Division’ aka the ‘Pride Of Pakistan’. Pakistan’s motive, in a nutshell, was to defeat India in the worst way, inflicting as much collateral damage as possible.

Backed by America, the Pakistani army back then, was armed with the world’s best Patton Tanks. The Indian army was still recovering from the loss it had suffered against China in 1962 and the military modernization was still underway. On 8th September 1965, Pakistan army launched its first arm of offensive in the Khem Karan area of Punjab with over 220 Patton tanks ready to turn everything in that came their way to dust. Lt. General Harbaksh Singh was commanding the Indian battalion that was to face this massive attack. The Pakistani offensive outnumbered the Indian defensive by the number of soldiers and tanks. It was up to Lt. Singh to either withdraw or defend his position. Instead of withdrawing, he rearranged his forces in a U-shaped formation around the town of Asal Uttar. The idea was to assault as many tanks as possible from all three sides.

Taking advantage of the darkness, Indian troops flooded the sugarcane fields and lured Pakistanis to attack. Thinking that Indian troops had withdrawn, the Pakistani tanks got lured into the U-shaped area. Flooded sugarcane fields with water led to thick armored Pakistani Patton tanks to sink and get stuck into the mushy soil. The entire Pakistani cavalry of 200 plus tanks was now immobilized. At this time, the soldiers and tanks of Indian army commenced a massive fire assault. The tall sugarcane grass allowed the Indian forces in the U-formation to remain hidden but yet, stay very close to the Paki tanks. The result was that out of 220 Patton tanks, 170 were destroyed or abandoned and 11 captured. Only 32 Indian tanks were damaged.  The sight of the destroyed tanks was such that the town was named Patton Nagar aka The Graveyard of Pattons. The story of Lt. Singh’s brilliant strategy is still told at military schools all over the world. This battle went down in history as the largest tank battle after World War 2.

As per an Indian army account, Pakisan lost over a 165 tanks in the battle of Asal Uttar alone. India lost 10.