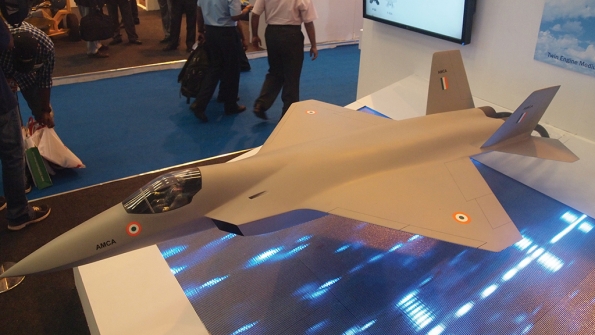 India is keen to develop a Fifth Generation Fighter Aircraft (FGFA). Many would say that it is an unrealistic expectation as India took decades to develop first indigenous fighter LCA Tejas which is a single engine, single seat and multi role fighter. And even for Tejas, India was not able to build its own engine which is the main power house for any Fighter jet.

The main hurdle in developing a Fifth Generation fighter is the engine which should be able to deliver the performance needed for an advanced aircraft. India has long been working on Kaveri engine project and it was actually this engine that was supposed to be fitted in LCA Tejas. However, the Kaveri programme failed to satisfy the necessary technical requirements or keep up with its envisaged timelines and was officially delinked from the Tejas programme in September 2008.

With the Indian Air Force (IAF)’s depleting squadron size, the pressure mounted on the HAL to deliver LCA Tejas early. So the Tejas’ which have been inducted into the service so far have the US manufactured General Electric F404-GE-F2J3 afterburning turbofan engine.

The AMCA (Advanced Medium Combat Aircraft) is being developed by an aerospace industry team which consist of Aeronautical Development Agency as a design firm and is to be manufactured by Hindustan Aeronautics Limited (HAL). AMCA would likely to be a a single-seat, twin-engine, stealth super-maneuverable all weather multirole fighter aircraft.

AMCA should not be confused be with a separate FGFA programme which is a co venture between the Russians and HAL, so it is not an indigenous project. The FGFA project with Russia would be able to roll out fifth generation aircrafts by 2020.

AMCA is totally different since it will completely be made by India. But for it to become a reality, the development of Kaveri engine is crucial. DRDO will look to develop many of its 5th generation systems ingenuously, so tentatively it should be ready around 2025. Some say that project may also get delayed upto 2030.

A source close to OneIndia said that projects do not get delayed because HAL lacks expertise. It happens because of numerous other external factors. One of the reasons he said was inability of political leadership to take a stance whether India wants defensive approach to deal with the enemies or an offensive one, which he said confuses those in the DRDO. He also said that by the time DRDO/ HAL develops a technology, the requirements of the IAF changes.

Kaveri Engine and expectations from it: ::

The GTRE GTX-35VS Kaveri, is an afterburning turbofan project developed by the Gas Turbine Research Establishment (GTRE), a lab under the DRDO in Bangalore. The Defense Research and Development Organization (DRDO) decided to wind up the Kaveri engine (GTX-35VS ) programme in November 2014 due to its shortcomings, a decision that will be finalized by the DAC. The GTRE is now running two separate successor engine programmes, the K9+ programme and the K10 programme. France has offered to help India revive the unsuccessful Kaveri engine project. An upgraded Kaveri engine with 90 kN thrust compared to the existing 72 kN can be developed with French cooperation which can eventually be used for Tejas which currently uses an American engine.

In theory the AMCA will be powered by a domestically manufactured Kaveri K9 or K10 engine, currently undergoing development by the Gas Turbine Research Establishment. But making powerful and reliable jet engines from scratch is hard. Only after the Kaveri engines are ready, supposedly in 2019, can the serious work on the airframe really begin.

Proposed upgraded Kaveri engine will be a 90kN thrust class engine which will be marginally more powerful than GE supplied F404-GE-IN20 engine which is currently generating 84kN thrust . Ideally for Kaveri engine should be able to deliver 95 Kn thrust.

Finally, the ADA and HAL will need to produce sufficiently powerful turbofan engines to meet performance specifications. This is further complicated by the need for an S-shaped air intake that will shield the reflective turbofan blades from showing up on radar, as well as specially designed nozzles to reduce the heat signature of the engines from infrared sensors.