Operation whitewash:- When a terrifying new weapon was born!!!! 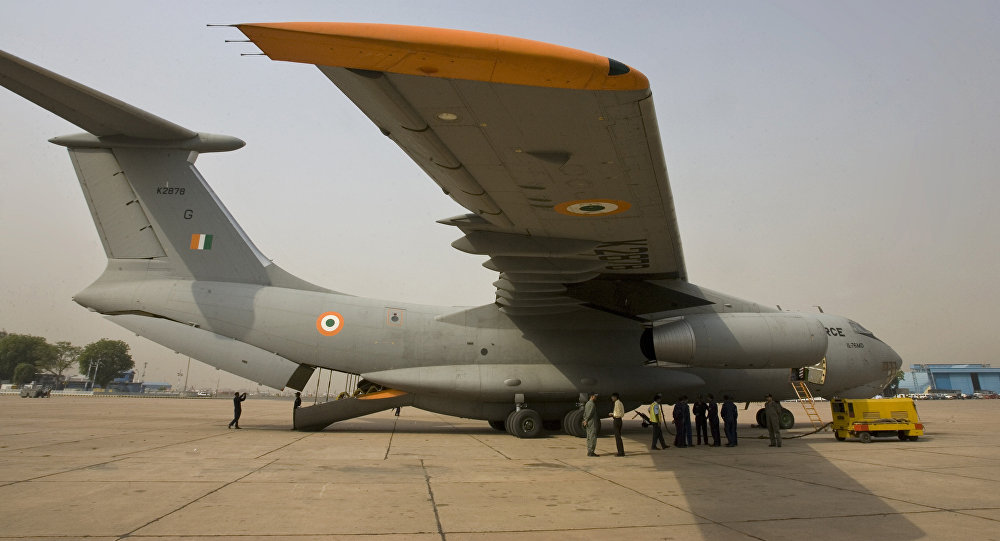 It was an joint operation of RAW and Army. Idea cropped up in one of the RAW Senior field officer when he saw DRDO (LASTEC) guys helping BRO (Border Road Org) clearing snow from the upper ridges over Jawahar tunnel, connecting Kashmir valley to the rest of India. He saw a DRDO’s TATRA vehicle having a cabin on its back and a large artillery “gun” like device. The “gun” was connected to the cabin through numerous cables. A heavy electric generator set was pumping power to the cabin and the gun which has a clear marking on it saying “KALI”. On enquiring he was told that the gun he was seeing is actually a laser gun and they were targeting snow catchment areas to trigger small avalanches from hill above so as to prevent larger and deadly avalanches. Another team of SASE (Snow & Avalanche Study establishment, Chandigarh) was directing the laser to the already marked areas.

He came to Delhi and popped up the idea to use avalanche to kill enemies. Initially he was snubbed but his elaborate and detailed plan presentation convinced the Director to take it up with PM and NSA. PM though have little interests in technical details but wanted to know any political and diplomatic repercussions. It was a cease-fire scenario all along LoC and AGPL for many reasons and he didn’t want to India being blamed for violation. Also he was not sure about such a ambitious plan using technology and that too from DRDO but he gave that to NSA to ponder and reply. Director RAW and NSA were old time pals and NSA was taken into confidence by RAW much before that meeting at RCR. Director RAW also convinced the NSA to persuade PM for this op being highly classified and not to be shared with anyone except whom RAW thinks appropriate. PM gave in after NSA’s assurance even though he couldn’t find any scope of political mileage out of it. But NSA was smart enough to show the PM much larger picture. Permission granted and a task team was constituted. NSA was made to head the team with direct reporting to PM. Director RAW handpicked people from RAW, DRDO (LASTEC and SASE), Army and Airforce for the operation. Op was christened “White Wash”. He even managed to pass it through always cunning finance controllers without any suspicion.

KALI also known as an avatar of Hindu Goddess Durga. KALI Ma (Mother KALI) is ruthless destroyer of the enemies. She is shown as four handed lady wearing garlands made of heads of enemies she has killed. One right hand holds a sword and other right hand holds a trident. Upper left hand holds a amputated and bleeding head of one enemy and lower left hand holds a bowl where blood from enemy head is collected. So the name suggests actual intentions and idea of DRDO behind this.

6 NLI BN HQ was marked as “test” area and a team of RAW and SASE visited “S” post of Indian Army at 21,000 feet in Siachen glacier from where battalion HQ of 6 NLI was visible. SASE team mapped the area and identified possible trigger points to bury the “test” area under tons of snow. Now the task force was facing a huge challenge of taking up the heavy laser gun, the gen set and other support equipments up there at 21,000 feet. Also heavy noise and vibrations of the equipment could also trigger an avalanche on our own troops. So, it was decided to use air platform for KALI. Two IL- 76s were deputed to ARC (Aviation Research Centre) from Indian Air force. ARC is aviation arm of RAW.

Immediately those were flown by ARC pilots to Charbatia Airbase near Cuttack in Odisha. These IL-76s were refitted with KALI-50000W on board. It is much more powerful version than what RAW officer saw at Jawahar tunnel. Techically it is a pulsed accelerator of ~30 MeV electron energy, 50-100 ns pulse time, 90kA Current and 200 GW Power level. After refitting these IL76s were flown to Sarsawa AF station and parked. No one was allowed to go near those and were guarded by fierce looking Garud commandos of IAF.

But they were lucky to find some brave and lunatics to accept that challenge. They were given high altitude training and proper acclimatization along with new inducting army units for deployments in north and central glaciers. Army instructors and jawans had seen many civilians at Siachen base camp earlier but never ever they saw some civilians training as hard as them.

The only problem with air platform was the very long shot for “laser fire” and thus problems in polarization (keeping laser intensity focused at target). And this operation required high precision “shooting”. IL 76’s were supposed to fly at 30000 feet and well away from Siachen. So BARC (Bhabha Atomic Research Centre), Mumbai was roped in for help regarding polarization. After studying the requirements it was suggested to shift the H-hour either in early morning or late evening to avoid any refraction. Though both the times were highly unusual for natural occurrence of avalanches but it was decided to start “firing” around 4 in the morning, a day before Mr Zardari would be visiting Delhi.

On the d-day IL-76 flew from Sarsawa and soon positioned themselves at the required altitude and pre designated coordinates. 1 AWACS and 1 IL-78 mid air refuler took off from Agra and were given co-ordinates and call signs to help 2 classified flying objects over Uttrakhand skies. RAW ops are always strictly need to know basis. AWACS staff was little puzzled seeing few plain cloth men on board overseeing them but nobody questioned. AWACS were also tasked to vector in 6 Mirages from Gwalior and 4 SU 30s from Lohegaon (Pune) in support of those 2 classified flying objects. Mirages and SU 30s were airborne since 2 in the morning and taking turns to scan the area around 2 unknown birds. At 4 in the morning the shooting started and as expected early morning rare environment helped a lot in precision. SASE team had earmarked the points after detailed analysis of images at satellite data reception centre and 3-D Terrain Visualization Center. DRDO’s team KALI was shooting at right places with laser gun being fed with precise coordinates. By 5:40 AM massive snow started hurtling towards plains where 6 NLI BN HQ was situated. It was a dry snow avalanche and very soon massive slabs of snow attained speed of around 300km/hour. Outposts of 6 NLI troops and other Pakistani troops must have seen the mass of snow coming down and might have tried to alert the HQ. But that massive avalanche not only had snapped the communication lines but also blasted away some outposts. And 300km/hr is a speed coupled with thousand tones of cruising mass which can beat any wit or training. Even Indian observation party at “S” post was horrified to see such large avalanche. Within 10-15 minutes everything was covered with 80-100 feet of snow. Indian soldiers looking that were horrified too and it was the real “tandav” of KALI who as per Hindu mythology has defeated “Shiva” the greatest and official destroyer of the Universe.

2 brand new MI 17V5s helicopters flew from Thoise airbase to “A” post at 8 AM. 6 Cheetah Helicopters were also ready at Siachen Base camp 1 hour before 2 Mi-17s i.e at 7 AM . 6 Cheetahs flew after gap of 5 minutes with each other and destination was “S” post. Task was to pick the group of “civilians” and their equipments who were dropped a month ago on postal-stamp size helipad of post “S”. Cheetahs were suppose to bring those civilians to post “A” at 16,000 feet from where they’ll board Mi17s to climb down to Thoise. KALI carrying IL76s were back at their base Charbatia and so were their escorts.

Brigade Commander 323 Pakistani brigade was jolted out of his sleep by his staff with the news. He was immediately out for rescue and relief work after informing Maj. Gen. Muzammil Hussain, Commander FCNA who in turn informed Lt Gen Khalid Nawaz Khan, GoC, X corps. Soon Pakistani news channels started reporting the tragedy which has struck PA. The first rescue team led by Brigade Commander himself couldn’t believe what they saw. There was just snow all around at the same place where 6 NLI was having its BN HQ few hours back. There was no communication signal either. FCNA Signal unit detachment, which was summoned to take part in relief ops were trying to get in touch with border outposts of the unit. Some of them perished in the avalanche and most of them were “out” of signal due to large scale destruction of communication lines. Brigade intelligence officer gave record of last evening roll call details as mentioned in sit-rep (situational report) of the BN HQ as sent by 2 in Command Maj Zaka UL Haq. There were 124 army personnel’s including BN commander Lt Col Tanvir Ul Hassan, Cap (Doc) Haleem Ullah and Major Zaka. There were 11 civilians also including tailor, barber, porters etc. In total 135 men were under snow. Initial estimate showed a layer of 80 ft snow which is beyond reach of any sniffer dog or digging machines.

It was a crippling blow to Pakistan’s tactical position in Siachen. With Pakistan Army occupying only downhill features in Siachen and Soltoro ranges India can take out all those positions without firing a bullet and no collateral damage. IL 76 mounted KALI avatar is very expansive as of now and not viable against small border outposts. DRDO is confident of developing a handheld or compact version soon for usage of KALI against such targets. KALI is also very useful and effective in “frying” up electronic circuits from considerable distance and with no human-eye visible rays. That can have wide range of application form missile defense system to satellite killer or snapping out communication of a moving armored column or making an AWACS a sitting duck.

With uncontrollable ethnic unrest in Gilgit-Baltistan and reports of hunger strikes and desertions in NLI units of Pakistan Army this news has stung any whichever moral left in NLI units. Pakistan elite and top brass is well known for having use-and-throw policy when it comes to deal with people of Northen Areas (Balochs also) and its soldiers. In “99 Kargil war PA had refused to accept bodies of their KIA soldiers from India. Even otherwise soldiers of NLI are not treated at par with Punjabis or others.

In Indian military and security circles this feat is being equated to Bana Singh’s heroics when he routed the Quaid post in 1987 to conquer most dominating feature of entire Glacier.