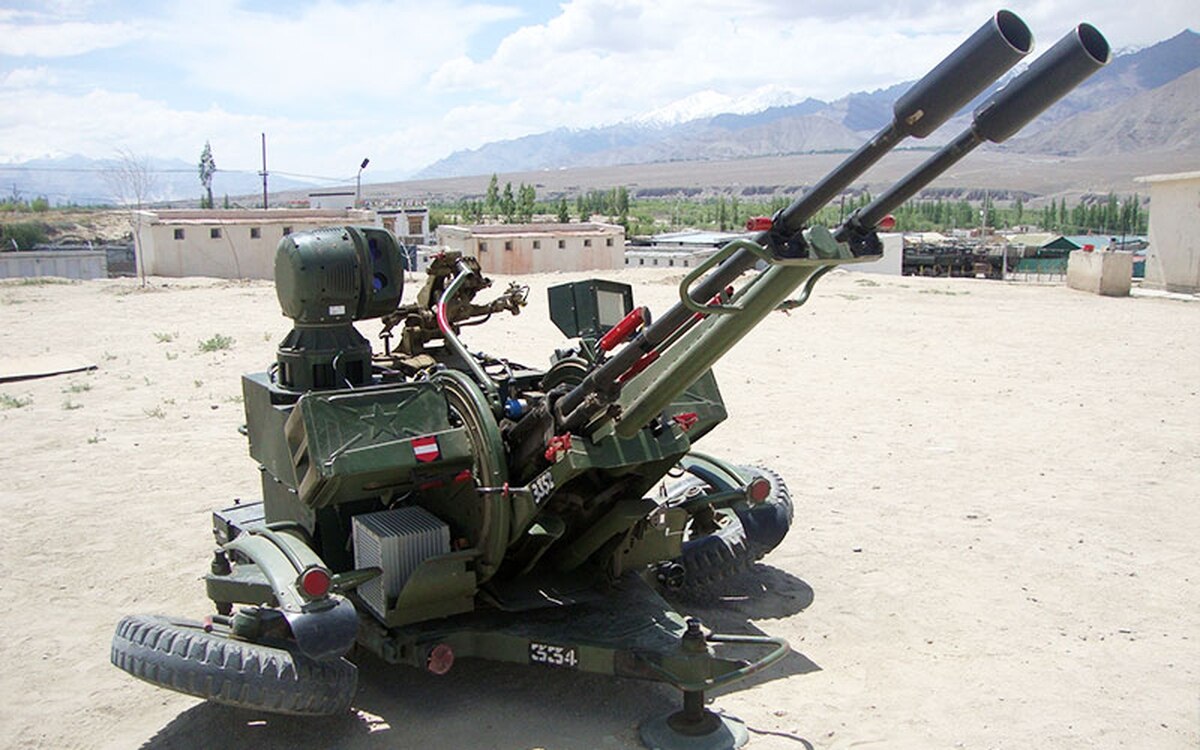 The development provides a big relief to the army, as most of its air defence inventory is “obsolete” and the army chief had to push an emergency button to acquire more such guns after the Pulwama attack in February this year, when the Pakistan Air Force retaliated for an Indian attack in Balakot.

India’s state-funded Ordnance Board Factory (OFB) – which administers 42 armament and ammunition factories across the country – has developed a high rate of fire gun to defend strategic assets in the border region. A Defence Ministry official has informed a parliamentary panel that the trial of the OFB-developed air defence gun has already commenced.

“A high rate of fire gun for defence of vulnerable areas against incoming enemy aircraft/missile has been developed… The initial firing trial has been done internally by [the] Ordnance Factory Board”, the Defence Ministry official said.The official also informed the panel about the status of the project. The India-made guns will have an effective range of 4,000 metres or more against aerial targets.

“OFB is possibly developing these guns in conjunction with the Armament Research and Development (Pune) and will be a part of the government’s Make in India in Defence under the Indigenously Designed and Developed category”, said Rahul K. Bhonsle, retired army brigadier and defence analyst. Sources said this gun is being developed in response to the Indian Army’s requirements of 938 air defence guns worth around $5 billion. These guns will replace the aging Swedish L-70 and Soviet-era ZU-23MM-2B guns currently in use by the army.

“The ammunition is a progressive development that has been ongoing by the OFB and it appears that it has achieved some new landmarks”, Bhonsle added.
The Indian Army started to expedite the deployment of defence systems across the Kashmir after a major clash in February this year.

The Pakistan Air Force dropped the H-4 Stand-Off Weapon (SOW), a precision-guided glide bomb, in retaliation to the 26 February “non-military” airstrike, as claimed by the Indian Air force, in the Balakot region to destroy alleged infrastructure of the Jaish-e-Mohammed (JeM) terror group.

The SOW bomb fell inside a compound of the Indian Army’s brigade headquarters in Jammu and Kashmir’s Rajouri sector. Pakistan claimed it had successfully exposed chinks in the armour of India. Pakistani military spokesperson Major Gen. Asif Ghafoor claimed that the PAF had set out to execute the attack in a way to “made sure that there was no collateral damage”.