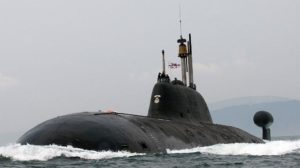 One may wonder why Russia needs another SSN programme when 4th generation Yasen class SSN is also in production, and 3rd generation Akulas (One India already plying as INS Chakra) and Sierra-class SSNs are yet to be phased out. However if Russian Admirals are to be believed there are few pressing reasons that made it incumbent upon Russian Navy to consider design of next generation submarines. The addition of hypersonic weapons, increased automation and robotic integration, and reduced acoustic signature make the Husky class an incremental upgrade over 3rd and then 4th generation SSNs.

And more, perhaps the true advantage of the ­Husky class is not in its technical specifications but rather its price—it’s slated to be a fair bit cheaper than the Yasen class. Moscow hard pressed for adopting economy in production of next generation weapons in competition to USA and Europe, will appreciate the lower price. But whether Husky class which is still at the drawing board, gets past the planning stage remains to be seen.

It is a well known fact that Russia is helping India in building its indigenous fleet of SSNs. Russia’s attack submarine fleet is one of the best in the world. When the Akula and Alfa classes of Soviet nuclear attack submarines (SSNs) were launched, they were among the most advanced in the world. While the Russian Navy has continued this tradition with the Yasen-class submarines—which are still under construction—it is also looking to the future with the new Husky-class. Keel for First Husky class Submarine is planned to be laid in 2023.

India would like its new SSNs (nobody yet knows for sure how many would materialise but Govt in February, 2015 had approved the construction of 6) to compete with the best in the world. While tentatively they are planned to be 3rd generation submarines, if experience with SSBNs is anything to go by, India would like each succeeding SSN to be superior than the previous one (INS Arighat is an advancement over INS Arihant). Security of Indian Ocean is of paramount concern to us. Our adversary is no mean nation. Once having been built, our SSNs are going to stand us well into 2050s.

Further, weapons onboard Husky class are going to be Hypersonic missiles. Experience of engineers building Husky Class may stand Indian Navy in good stead in integrating its own Brahmos II missile on future SSN. All this implies that best of the technologies go into our SSN programme, even if for that we have to bend double over backwards to seek Russian assistance. Negotiations will not be an impossibility, given India is already the largest importer of Russian weapons. But what are going to be the virtues of Husky class that we should transport to our own attack submarines ? Let us see.

Information on the Husky-class is limited, but it will have a number of interesting features that could make it harder to detect and more lethal. As stated, the Husky-class will begin construction sometime around 2023. Finalization of the design and research work for this class is expected to finish by the end of 2018.

MARRIAGE OF SSN WITH SSGN :

The Husky­-class is meant to serve in both the SSN (attack) and SSGN (cruise missile carrier) capacities. This was first reported in 2015, when the head of the United Shipbuilding Corporation, Anatoly Shlemov, revealed that the fifth-generation (referring to Husky) project would fulfill both of these roles. The importance of Russian SSGN platforms has been emphasized by certain groups in the Russian government, due to the use of Kalibr cruise missiles in Syria by the Russian Navy.

The primary improvement Husky class’ lethality is the new missile it is slated to carry—the 3M22 Zircon hypersonic cruise missile. The Zircon was successfully tested in 2017, reaching speeds of up to Mach 8. These speeds will make it very hard to track and intercept, as a cruise missile would be able to travel from an enemy ship’s radar horizon to the ship very quickly. Zircon’s ability to reach Mach 8 puts it at almost three times faster than prior generation missiles. The P-800 Onyks or P-700 Granit missiles, for instance, could only reach speeds of Mach 2.5. The Husky class would also be capable of carrying Kalibr cruise missiles.

A recent photo released by the design bureau behind the Husky class, SB Malachit, may shed light on how these armament systems will be implemented into the submarine’s design. In the photo, launchers are seen in the bow and middle of the submarine. Eight covers are seen opening in the middle of the submarine. So in all likelihood, there will be between 40–48 missiles underneath these covers, as a similar launcher construction on the Yasen­-class submarines holds between 4–5 missiles, depending on the type.

Other offensive capabilities of the Husky class include integration to operate various varieties of unmanned underwater vehicles (UUVs). Some sites have even reported that the Husky class could employ the Status 6 nuclear torpedo. Then Husky class could possibly launch unmanned aerial vehicles (UAVs) to conduct reconnaissance and find targets. While the photo shows what might appear to be torpedo tubes in the bow of the submarine, it is speculated that the Husky class will have its torpedo launcher around the center of the sub, similar to the Yasen class, with the bow being reserved for the forward launcher and sonar systems.

Perhaps the true advantage of the ­Husky class is not in its technical specifications but rather its price—it’s slated to be a fair bit cheaper than the Yasen class. Moscow will appreciate the lower price, since the Husky class is expected to replace all third-generation SSNs in Russian service, including the Akula- and Sierra-class SSNs.
The Husky-class submarine might seem redundant since the Yasen class is also in production. However, the addition of hypersonic weapons, increased automation and robotic integration, and reduced acoustic signature (especially if it really is two times) make the Husky class an incremental upgrade to be watched for.