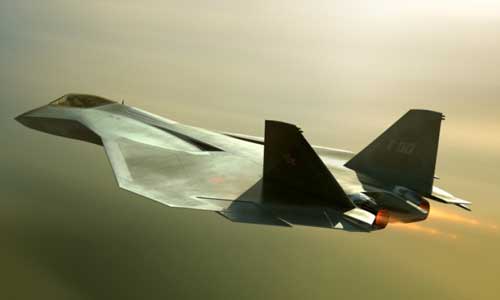 Indigenously developed Kaveri engine developed by Gas Turbine Research Establishment (GTRE), was supposed to power LCA-Tejas. With the Indian Air Force (IAF)’s depleting squadron size, the pressure mounted on the HAL to deliver LCA Tejas early. So the Tejas’ which have been inducted into the service are fitted with the US manufactured General Electric F404-GE-F2J3 afterburning turbofan engine.

Many back then had questioned the viability of having a workable Kaveri engine in a such a short period of time even though it was officially known at that time that Safran, a French company which manufactures engines for Rafale combat jets had become the technical consultant for the GTRE to help fix issues with the Kaveri engine.

Last update on the program was that the Safran which carried out the technical audit of the program has cleared the Kaveri engine for integration into LCA-Tejas aircraft to carry out limited flight envelope trials before that GTRE is required to clear Kaveri Engine in High-Altitude Trials for that it will be heading to overseas High-Altitude Test Facilities and in 2017, Kaveri engine was tested for 155 hours in endurance mode.

Kaveri Engine and expectations from it ::

The GTRE GTX-35VS Kaveri, is an afterburning turbofan project developed by the Gas Turbine Research Establishment (GTRE), a lab under the DRDO in Bangalore. The Defense Research and Development Organization (DRDO) decided to wind up the Kaveri engine (GTX-35VS ) programme in November 2014 due to its shortcomings, a decision that will be finalized by the DAC.

The GTRE is now running two separate successor engine programmes, the K9+ programme and the K10 programme. France has offered to help India revive the unsuccessful Kaveri engine project. An upgraded Kaveri engine with 90 kN thrust compared to the existing 72 kN can be developed with French cooperation which can eventually be used for Tejas which currently uses an American engine.

In theory the AMCA will be powered by a domestically manufactured Kaveri K9 or K10 engine, currently undergoing development by the Gas Turbine Research Establishment. But making powerful and reliable jet engines from scratch is hard. Only after the Kaveri engines are ready, supposedly in 2019, can the serious work on the airframe really begin. Proposed upgraded Kaveri engine will be a 90kN thrust class engine which will be marginally more powerful than GE supplied F404-GE-IN20 engine which is currently generating 84kN thrust.