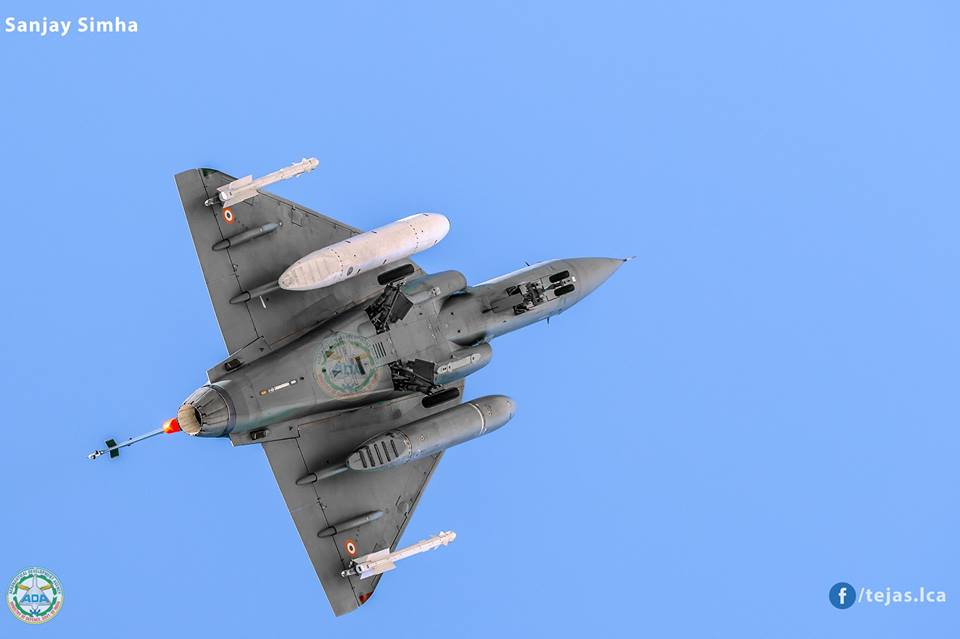 The J 10 started off as a Chinese attempt at reverse engineering a Pakistan bought US F-16. However it ended up being a modification of Israel’s Lavi multi role fighter, Lavi program was cancelled in 1987 in Israel due to threatening from US. China purchased the blue print from Israel and developed J 10.

The J 10 is one of the Chinese backbone Fighter jet to perform defensive mission inside Chinese Air-space. The Chinese Air force operates more than 250 J 10 variants which comprises more than twelve squadron of Fighter’s with 70% of service availability at any given time. The J 10 is one of the Chinese designed Fighter jets based on the cancelled Israeli Lavi program. J 10 is a single engine multi role, which can be modified in future with newer Radar and power plants.

The J-10 has beyond visual range air combat and surface attack capabilities. Aircraft has 11 external hardpoints for a range of weapons. Alternatively it can carry target acquisition, navigation pods or auxiliary fuel tanks.

India took the harder route and allowed scientists and engineers continued working on long-delayed Light Class Tejas program which finally started to look like a complete product which can fight a war but by the time it had arrived many in the air force were wondering if Tejas can win a war for India due to incremental shift from light class fighters world over to medium weight fighter class.

Tejas Mk2 began initially has a small program where engine swap with more modern avionics and radar was planned. It was supposed to be quickly upgraded variant of the current Tejas Mk1 with no major design changes, other than a 0.5-meter fuselage plug which increased length of the jet but negated any ferry range due to additional weight and payload carrying capacity. Late Raksha Mantri Manohar Parrikar and HAL were able to convince IAF to instead place orders for Tejas Mk1A without need for engine swap to get all the equipment and avionics without need for Mk2 program which came as a blessing for ADA which now decided to work on improved Mk1 influenced design fighter jet in Medium class.

With the Indian Air Force’s (IAF’s) MMRCA program getting serially delayed and recast more than once, there was a feeling in various quarters that IAF need medium weight fighter. Thus, the IAF and the Aeronautical Development Agency (ADA) sat down to redefine the Tejas Mk2 with more elaborate modifications such that it could function as a medium weight fighter for ground attack roles while continuing to be nimble in the air to air (A2A) role. In fact, the version of the Tejas Mk2 currently envisaged has been rebadged as the Medium Weight Fighter or (MWF) and is being designed as a replacement for the Mirage 2000 with a view to surpassing its capabilities in almost every respect

Tejas Mk2 also known as Medium Weight Fighter (MWF) looks very much similar to Tejas Mk1. However the main differences are prolonged fuselage. The overall length of Tejas Mk2 is 14.7 meter from increased from 13.2 meter in Tejas Mk1. While studying the aerodynamics and its constrains in Tejas Mk1, it was observed that it was unable to comply to Area ruling because of short length. So it was decided to take care of this concern of Tejas Mk1 by increasing the length. Other aerodynamic issues such as elevating canopy, redesigning pylon, putting short range missile on wing tip etc is freezed in Mk2 design. All this will reduce aerodynamic drag and will improve transonic acceleration by a very good margin.

Mark-2 MWF will continue to have the legacy LCA-Tejas Mk1 and Mk1A design elements which will be powered by single F414-GE-INS6 engine supplied by General Electric which has already started to arrive in India from 2017 on wards. MWF will exceed the performance of Upgraded Mirage-2000 when Inducted into air force but actually will replace Mig-29 first. MWF will also be replacing Jaguar fighter-Bomber which are due to be retired from service from 2034 on wards

MWF Tejas  will also borrow some from the upcoming 5th generation AMCA program. Infra-red search-and-track sensor (IRST) integrated with a UTTAM AESA-based multi-mode radar with a frame less canopy actuation system will come from technologies in development for the AMCA program.

DRDO developed an Electronic warfare suite (EW suite) onboard MWF along with RWR (Radar Warning Receiver) and the Missile approach warning system (MAWS) will allow MWF to operate in high-threat environments such as contested air space. MWF can also carry pods and sensors for reconnaissance and special missions.