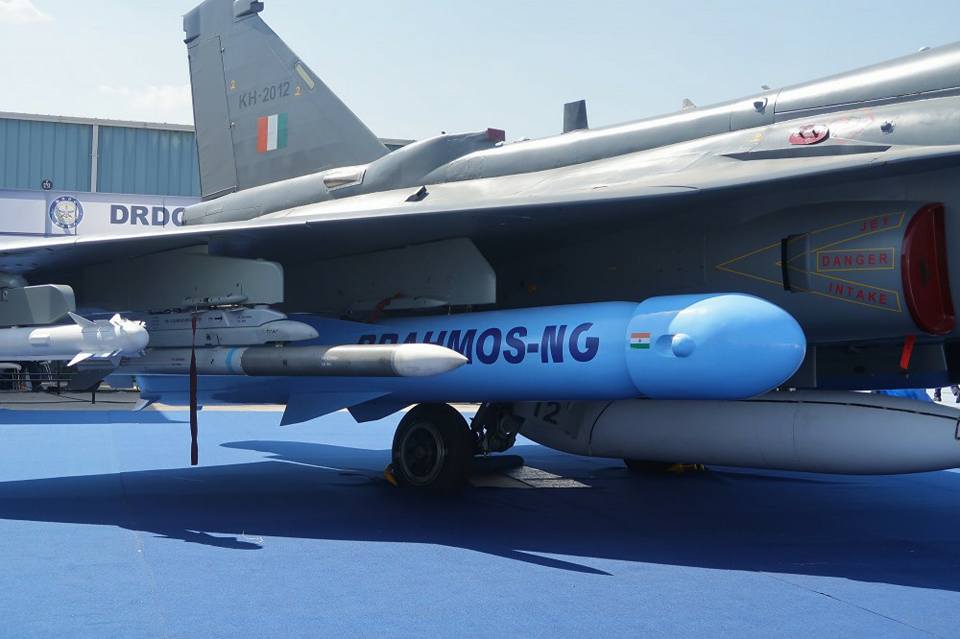 The new missile will be used for destroying major aerial targets, while the previous versions were only capable of destroying targets on the ground or at sea.

Russia and India have adopted a plan for their joint BrahMos project, meant to create a new cruise missile capable of downing aircraft equipped with AWACS systems (an advanced Airborne early warning and control). According to the Russian director of the venture, Alexander Maksichev, the missile will be ready for launch by 2024. He noted that it will have different target-seeking equipment but will use the same platform.

The BrahMos-NG, has been envisioned as a more versatile, highly precise, lethal, flexible, multi-platform, multi-target, lighter missile system. With the same specification of range (290 km) and a speed of around 3 Mach,BrahMos-NG is 50 percent lighter and three meters shorter than its predecessor. BrahMos-NG will have lesser RCS (radar cross section) compared to its predecessor, making it harder for air defense systems to locate and engage the target. BrahMos-NG will have Land, Air, ship-borne and Submarine tube-launched variants. Initially Brahmos-NG was called as Brahmos-M.Additionally, the BrahMos-NG will have an AESA radar rather than the mechanically scanned one on the PJ-10.

The missile will arm the Sukhoi Su-30MKI, Mikoyan MiG-29K, HAL Tejas and future inductions such as the Dassault Rafale, HAL FGFA and possibly the Mikoyan MiG-35. Submarine launched variant will be capable of being fired from the new P75I class of submarines.The Sukhoi SU-30MKI would carry three missiles while other combat aircraft would carry one each.

The Sukhoi Su-30 MKI jet is capable of carrying one BrahMos missile under its fuselage but once the newer version is ready, the twin-engine multirole air superiority fighter will be configured to carry five such cruise missiles, one under the fuselage and two each under its wings. Even the indigenous supersonic LCA Tejas Mk 2 will be configured to carry two BrahMos missiles under its wings.

“The BrahMos NG assumes significance as it will be capable of being launched from all platforms like air, water and sea. It will be compatible for launches through ground launch vehicles, destroyers and other naval attack vessels, torpedo tubes in submarines and air launch as well. It will be highly versatile and will prove to be a potent weapon that will bolster our strike capabilities as well as improve export offerings. The current version has failed to draw much attention from the market in terms of export demand. This will be a more desirable variant, we believe,” a source in the Defence Research and Development Organisation (DRDO) told this newspaper.

The weight of the missile will be slashed from 3000 kg to around 1600 kg. The Brahmos NG will also be 3 metre shorter than the 9-metre long BrahMos. The NG variant will have advanced capabilities including electronic countermeasures and stealth.According to sources, LCA and Mig 29K will carry 2 brahmos NG.SU30mki will carry 5 brahmos NG. That means too much firepower .

“The NG variant is going to have advanced stealth capabilities and will also be capable of beating shake-off capabilities with electronic counter-countermeasures. We wish to build a weapon that is effective, and which draws interest from buyers as well. This venture has created a large ecosystem in the defence manufacturing. Over 200 firms, government run or private, are involved in producing this masterpiece. The in-house development and manufacturing also means that maintenance, spares and others issues are minimised. BrahMos project is very important to Make-in-India mission and that has been communicated to us very clearly. The ministry is willing to sell the BrahMos missiles and is trying to find buyers for it. We have kicked into the next gear on the new generation variant,” the source said.

The BrahMos venture was established by Moscow and New Delhi in 1998 and develops hypersonic missiles —naval-, underwater-, shore-, and air-based. It has recently faced a major surge in demand, with an additional $1 billion increase in orders in six months since the beginning of the year despite the coronavirus pandemic.