A Most Significant Project: Why 75 (I) Submarines May Matter Immensely 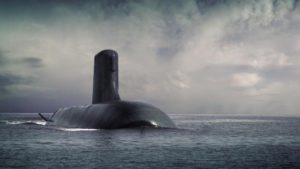 The 75(I) indigenous submarine programme at a cost of around Rs. 40-50,000 crore, promises major enhancement of the Indian Navy’s combat capabilities in multiple bands of the spectrum of warfare. In two previous articles on the framework for indigenous platform-weapon-sensor integration, the author examined the need for viewing the nuclear and conventional production lines for compatibilities in the making of the types of submarines we may need.

The P75I project is part of a 30-year submarine building plan that ends in 2030. As part of this plan, India was to build 24 submarines — 18 conventional submarines and six nuclear-powered submarines (SSNs) — as an effective deterrent against China and Pakistan.

Former defence minister Manohar Parrikar had said in 2016 that the submarine plan should continue till 2050, and that India should look to build more than 24 such vessels.

Of the 14 conventional submarines India currently possesses, including the Scorpene, only half are operational at any given point of time. India also has two nuclear-powered submarines — INS Arihant (SSBN, a ballistic missile submarine) and INS Chakra (SSN, a nuclear-powered one) leased from Russia.

The Project 75I-class submarine is a follow-on of the Project 75 Kalvari-class submarine for the Indian navy. Under this project, the Indian Navy intends to acquire 6 diesel-electric submarines, which will also feature advanced Air Independent Propulsion (AIP) systems to enable them to stay submerged for longer duration and substantially increase their operational range.

In this piece, he examines the multiple roles that versatile submarines can play well beyond the needlessly conservative understanding of submarines being for sea denial while other, larger surface units “do” sea control. Would a well-armed boat with vertical launch cruise missile capability have provided options for surgical strikes similar to the IAF’s attack on Balakot? The article examines these issues.

“I Have The Ship!” And A Future CNS Will Have The Submarine…

Media reports, as well as the Indian Navy’s (IN) press release, did say that the April 2019 conclave of the Navy’s top brass at Naval Headquarters was with Pulwama and Balakot in the backdrop. Armed forces as a whole and the Navy as well have to continue to sharpen their capabilities across the spectrum of war and warfare (SoW). This requires a very dispassionate approach to force planning and structuring such that the types of future structures that would be required at the hotter ends of the SoW also have reasonable effectiveness at the lower end of the SoW. Submarines, with the capabilities suggested in two previous articles on the subject, provide the nation with options that span the spectrum effectively.

It is quite befitting that the announcement of Project 75(I) submarines comes at a time when the current Chief of the Naval Staff (CNS) turns over the watch to his successor. Symbolically—perhaps even literally – the new CNS would say, “I have the ship” on 31st of May as is said day and night in ships and submarines when an officer takes over the watch and assumes responsibility for the whole ship. During the next CNS’ watch, perhaps one of the most useful, impactful, primarily indigenous force- acquisition projects, Project 75 (I) would finally get underway. Not only future Navy Chiefs but even future CDS would be able to begin their watch by thinking, “I have the submarines!”

VLS: Up and Away

From an analysis of media reports, it seems that the IN is looking at a vertical launch system (VLS) for missiles. The benefits of a VLS were explained previously but bear repetition in the wake of “Pulwama/Balakot.” The IN is no newcomer to VLS in surface ships for a few types of missiles as well as in the very indigenous Arihant and follow-on SSBN (hull classification symbol for a nuclear-powered, ballistic missile-carrying submarine) programme for the larger SLBMs (submarine-launched ballistic missiles). A VLS with a 10-12 cell payload will not be a very big module. It should be insisted upon and incorporated into the design.

The other notable development gleaned is for the cruise missiles to be indigenous. The standard diameter of most torpedoes in a submarine is 21inch/ 533 mm. They are around eight metres long. Accordingly, most missiles launched by a submarine against ships or for precision land-attack began as tube-launched versions. But, even a slight increase in diameter of a VLS cell enables a larger missile with a greater range, high-Mach speeds, different propulsion package, greater warhead etc.

When this is tallied to reports that the 75 (I) could be about half as large as the current Scorpene/Kalvari class boats mean that the pressure-hull diameter could be around eight metres, a very advantageous move for various reasons of an overall increase in the submarine’s capability. This means that a cruise missile of 8 m or slightly longer would fit in impacting favourably on the range. DRDO has made tremendous advances in indigenous missiles whose range, accuracy and lethality could be periodically improved over time while conforming to the same dimensions.

Tactically, VLS launch capability enables a boat offensively deployed in an enemy’s littoral to quickly launch a full-load salvo or a better part of its capacity. Theoretically, a salvo of 10-12 SLCMs could be up and away in less than two minutes. In years to come, with almost all major nations acquiring near- continuous ISR (intelligence/surveillance/reconnaissance) of their own or shared with those of “all-weather friends,” the launch would be detected quite soon due to heat signatures of the ignition process of the boosters as missiles break the surface.

Firing SLCMs through torpedo tubes would also result in a loss of stealth. However, the major disadvantage is of a longer launch interval between just two or at best four missiles over more than a few minutes. Tactically, the submarine would need to quickly and silently displace itself from its launch position in either case. In a scenario of a surgical strike in a generic time of no “hot” conflict (as happened in February 2019), being covert and reducing most signatures of activity is important, a 75 (I) type boat with VLS remaining well clear off the territorial waters is a good option.

Against Pakistan, a 75 (I) could strike deep inside in coordination with other strikes and at a spread of terrorist camps. Operationally, such a submarine, after displacing itself as expeditiously as possible, could continue its offensive patrol even in wartime. The ability to strike designated targets in non- war or in war, gives submarines considerable effectiveness within acceptable risks of temporary compromise of its location.

Strategically, and this would depend on future national decisions of low-yield nuclear warheads (a term that is more apt than the “tactical- nuke” as generally referred to in India) in such missiles, the framework of deterrence could be bolstered. Four points could be made here. To say that such arming would be de-stabilising is to conflate instability with the collapse of N-deterrence which it need not automatically or invariably be.

Second, it is likely that Pakistan will soon deploy this versatility of vectors as would China. Even the US Navy seems to be on the verge of once again rearming its Tomahawks with N-warheads while enhancing their range, precision and lethality.

Third, such missiles have a diameter of at least 533 cms. Compare this with the possibility of low-yield warheads that could be fitted into 155mm artillery shells. Finally, whether this ought to be done or not are matters for the highest levels of governments to take. The point for us to consider is that VLS in attack boats, whether conventional or nuclear-powered, could form part of an architecture of N-deterrence.

It seems apparent that an indigenous AIP (Air Independent Propulsion) is to be fitted in the 75 (I). That would be a tremendous accretion to its endurance, stealth and offensive power. With electro-optical sensors on small and medium UAVs, ubiquitous low-cost, low orbit satellites as well as on ASW aircraft, “schnorkelling” to charge batteries can become increasingly problematic. However, with improving AIP, supplemented by rapid advances in lithium-ion batteries, battery recharge times could reduce.

Perhaps if a submarine charges in bright daylight– tactical situation permitting—its infra-red signature could be somewhat reduced against long-range sensors. At the same time, AIP and newer batteries are becoming safer and quick charging batteries are being developed.

A Mother with Babies

If the 75 (I) is envisaged as a 4000t boat as recommended in previous articles, then it would have the space for housing “babies” like UUV (an underwater unmanned vehicle) with recovery systems; swimmer and special ops delivery vehicles and recoverable decoys of great sophistication. Such boats would also have the space to carry dispensers for off-board decoys and communication systems so that the 24/7 connectivity with national and naval networks enables it to leverage domain awareness and well beyond the limits of its own sensors.

Not Merely a “Character” Actor, but Truly Multi-Role and Multi- Skilled

Our Navy seems to be making the transition in thinking of submarines as capable of missions well beyond sea-denial. Just as “character” actors in Bollywood films gave way to multi-faceted actors, submarines need to be seen differently. Today, given their networked enabled capabilities, the endurance and range, relative stealth, weapon payload (including mines and even longer-range torpedoes), thinking of submarines as primarily sea denial instruments are actually retrogressive.

Both tasks are less and less linked to specific platforms as, arguably, was the case decades ago. In some cases, a carrier battle group could be used for sea denial when control is not really necessary and likewise, modern submarines can very much be a part of the architecture of sea control directly and indirectly, as well as for power-projection. A phrase I would like to introduce here is the value of the oxymoronic term “covert presence” that submarines bring into an adversary’s mind. The consequences of submarines’ covert presence in his littoral might be more impactful than can come from the more obvious presence of a larger surface formation.

Indigenous boats of the 75 (I) are likely to be needed in larger numbers than the half-dozen that seem to be contemplated. The task of finding the money for more of them may not be easy but would need to be undertaken. The increased effectiveness they would bring to greater bands along the spectrum of warfare, from constabulary to upholding and defending the architecture of nuclear deterrence, gives us much to think about.