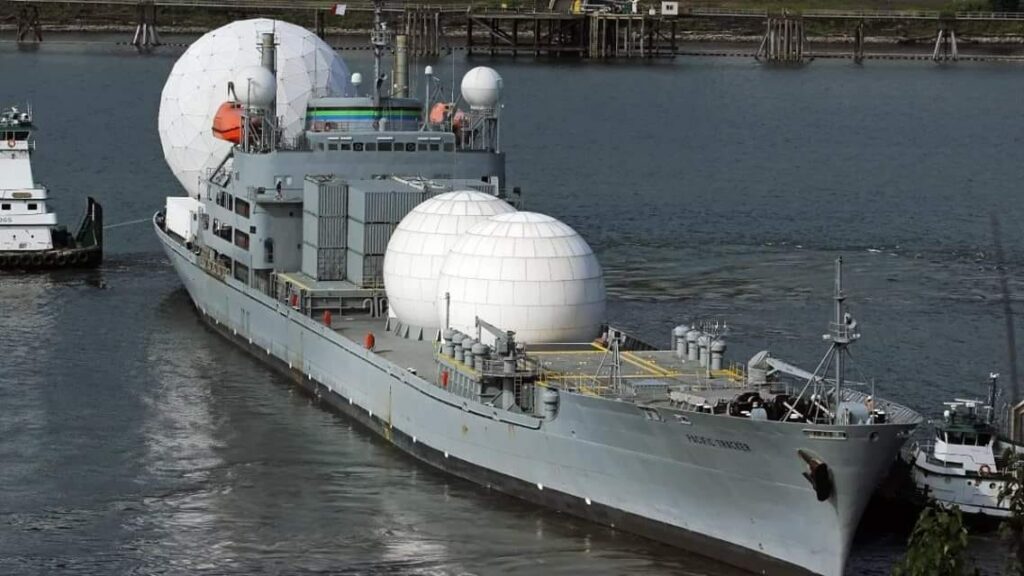 VC11184 is the designation of a missile tracking ocean surveillance ship being constructed by Hindustan Shipyard Limited (HSL) for Indian Navy. The VC11184, a specialised Ocean Surveillance Ship being built for the National Technical Research Organisation (NTRO), is on its way to completion just over four years after it was ordered as part of the Modi government’s focus on creating a nuclear missile shield for the nation.

The VC11184, one of the largest indigenous warships at over 15,000 tons, built under the Make in India initiative and costing Rs 725 crore, generates over 14 MW of power to power its tracking radars. It will have multiple roles; from tracking enemy missiles to accurately giving data on tests that are routinely carried out of indigenous vessels and strategic missiles.

VC 11184 will have two AESA radar arrays, one in the S band and one X band. The S Band array is used for scanning large volumes of the sky for objects and for tracking missiles in flight, while the X band array is used for zeroing in on small hard to detect objects like reentry vehicles, missile interceptors, or even tiny satellites.

VC 11184 will be very handy in collecting data for India’s ballistic missile defence (BMD) system and will also aid in tracking the performance of Submarine Launched Ballistic Missiles (SLBMs) out there in open ocean fired from India’s Arihant class of Submarines.

India’s ballistic missile defence program was conceived many years back, primarily against ballistic missile threat from Pakistan. Plan was to have a  double-tiered system consisting of two land and sea-based interceptor missiles, namely the Prithvi Air Defence (PAD) missile for high altitude interception, and the Advanced Air Defence (AAD) Missile for lower altitude interception – with these two tiers aiming to intercept incoming missile launched from 5,000 km away. The system also includes overlapping network of early warning and tracking radars, as well as command and control posts. PAD was tested in November 2006, followed by the AAD in December 2007. With the test of the PAD missile, India became the fourth country to have successfully developed an anti-ballistic missile system, after United States, Russia, and Israel, although the system is yet to be officially commissioned. It may also be recalled that on March 6, 2011, India launched its indigenous interceptor missile which destroyed a ‘hostile’ target ballistic missile, a modified Prithvi, at an altitude of 16 km over the Bay of Bengal.

VC 11184 will be critical components in India second phase development of ballistic missile defence (BMD) system which requires detection of a hostile missile fired from long range to be picked up early, once they are launched. Due to the limitation of ground based Radars and sensors, ballistic missile tracking ships stationed at high sea thus comes in handy for such long range tracking.