Why China must worry about the Agni-V 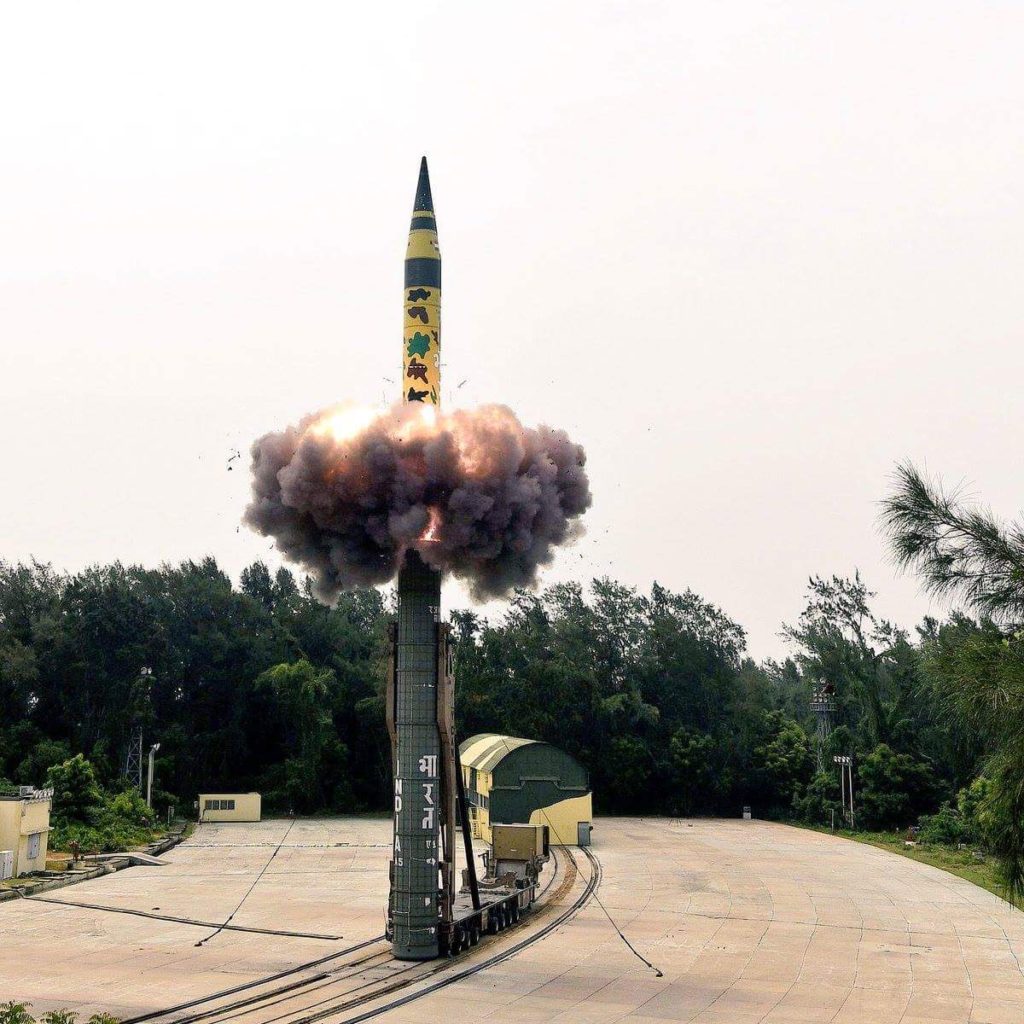 With the country’s longest-range ballistic missile, the Agni-V, successfully tested on June 3, 2018, India is now within one year of possessing a usable nuclear deterrent that can strike any target in China. Only one more ‘pre-induction test-flight’ is needed before the Agni-V starts becoming operationalised in the strategic forces command.

This is the tri-service agency that holds — and in the worst case, fires — India’s nuclear-tipped ballistic missiles.

Senior sources in the Defence Research and Development Organisation, which designs and develops nuclear-capable ballistic missiles, say the final test-flight will be conducted before the end of this year.

Thereafter, the DRDO’s advanced systems laboratory will start building operational Agni-V missiles and inducting them into the strategic forces command.

According to sources in the strategic forces command, as part of operationalising the Agni-V, the military unit that holds it would conduct at least one, and perhaps two, test-firings.

This is standard practice, to fully rehearse procedures for the event of an actual nuclear exchange.

‘Agni-V missile (was) successfully flight tested today at 0945 hours from Dr APJ Abdul Kalam Island (Wheeler Island). All the radars, electro-optical tracking stations and telemetry stations tracked the vehicle all through the course of the trajectory. All the mission objectives have been achieved,’ said a defence ministry release, signalling a fully successful launch.

The Agni-V missile, which was first launched on April 19, 2012, has since undergone four more launches, all successful.

The Agni-V, with a stated range of 5,000 kilometres, will fill a crucial missile gap in India’s nuclear deterrent.

The current arsenal of Agni-I, Agni-II and Agni-III missiles cannot strike targets in mainland China, which lies beyond the 2,000-kilometre buffer of the Tibetan plateau.

However, the Agni-V can reach beyond Tibet to high-value targets in the Chinese heartland, even its northern-most provinces.

Until then, India’s only nuclear option against China will be the K-15 submarine launched ballistic missile, fired from the nuclear submarine, the INS Arihant, from just off the Chinese coast.

Meanwhile, for striking targets in Pakistan, the DRDO has developed a short-range ballistic missile, the Agni-IP, whose range of 300 to 700 kilometres optimises it as the backbone of the Pakistan-focused nuclear deterrent.

By convention, ICBMs have ranges above 5,500 km.

The Agni-V, therefore, is on the cusp between IRBM and ICBM.

However, despite official denials, there is speculation that the Agni-V is actually an ICBM with a range of 6,000 to 7,500 kilometres.

Chinese officials have always regarded the Agni-V as an ICBM, with some even stating it can strike targets 8,000 km away.

In fact, even incremental development of the Agni-V will inevitably reduce its weight, and therefore increase its range to the ICBM bracket.

As part of this process, lighter systems, made from lightweight composites, would replace older, heavier ones.

Already hydraulic actuators in the Agni-V’s giant first stage are being replaced with state-of-the-art, electro-mechanical actuators that equip the second and third stages.

Similarly, the Agni-V’s metallic first stage, currently made of heavy ‘maraging steel’, could be fabricated from lighter composites, just as the second and third stages already are.

Stage-1 components, such as high-temperature rocket motor nozzles, are already being made of composites.

Gradually, the Agni-V could become an all-composite missile, with a significantly higher range.

Ballistic missiles work on the same principle as lobbing a stone at a target.

The impetus and direction imparted while launching the missile determines where it will land.

The Agni-V is launched from a protective canister, from where it is ‘popped out’ by gas compressed to 300 tonnes of pressure.

In half a second, when the missile has just left the canister, the first stage ignites, accelerating the missile upwards.

90 seconds later, when the first stage burns out, the Agni-V is hurtling towards space at one-and-a-half kilometres per second.

As the three rocket stages separate, all that is left is the nuclear payload at the tip of the missile.

With the ‘boost phase’ over, the missile enters its ‘ballistic phase’, propelled upwards purely on momentum.

Ten minutes after launch, it reaches the top of its parabolic path, 580 kilometres above earth.

Then gravity begins pulling it down towards the impact point.

At the target end, in the southern Indian Ocean between Africa and Australia, a radar-equipped Gharial-class amphibious warship was waiting to precisely monitor where the missile strikes.

There is no scope for error beyond a couple of hundred metres.