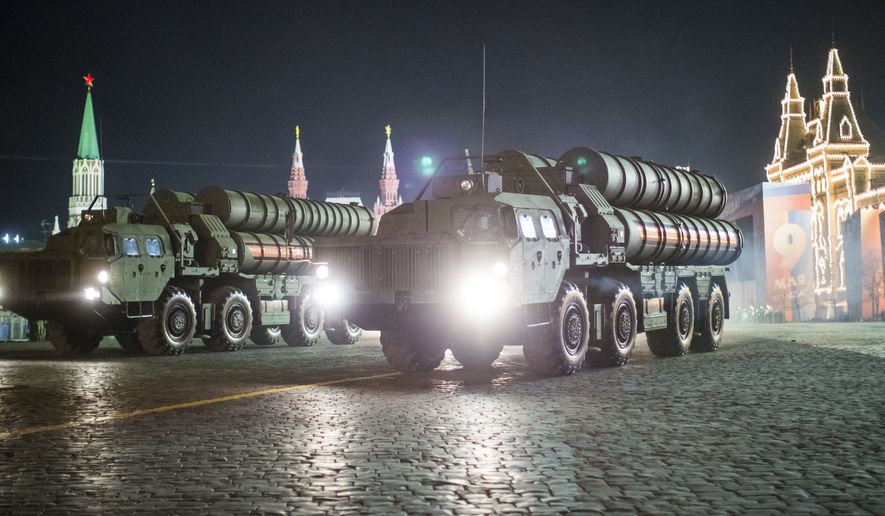 In response to growing Chinese air defence capability India has taken various steps to secure its airspace. India is all set to sign much-awaited deal on S 400 air defence system. India will spend close to $4.5 billion to purchase five regiments of S 400 air defence system. This missile system will provide multi-layered air defence. The S 400 is a system integrated with multi-function radar, command and control system, autonomous detection and targeting systems and launchers.

India unlike China will integrate S 400 air defence missile battery with swordish long range AESA radar or Super Green Pine (ELM2080S) AESA radar. The Super Green Pine is made up of smaller sensor modules that are more powerful than those used by its predecessor. The EL/M 2080S has an approximate range up to 900 km, compared to 500 km on the original EL/M 2080. It can easily detect stealth aircraft,air-launched and land-based cruise missile, precision-guided missile.

Indian S 400 air defence system will have some elements of S-500 missile system which is currently under development.Chinese S-400 does not comes with 40N6 missile having 400 kms range whereas India would get them.whereas India would get them. (This may be true because MTCR bans the export of offensive platforms such as strike missiles and drones with a range of more than 300 Kms.)

40N6 (400 km) surface-to-air missiles are usually used to target strategic assets like Mid-air refuellers, Bombers, Transport and airborne early warning and control aircrafts which usually operate from a standoff distance from the theater of operations. 40N6 theoretically can also take down soft targets like low Earth orbit (LEO) satellites and is capable of exo-atmospheric interception of IRBM (intermediate-range ballistic missile) warheads in their terminal phase.

The S400 is a single jack of all trades system that is designed to provide formidable air and missile defense over a wide area at an affordable cost.

Pakistan was using the nuclear card to threaten India since quite long time. India had a powerful anti – missile system. Now the addition of S – 400 will counter even the attacks like the ones happened in Hiroshima and Nagasaki. So one of the major threatening tool of Pakistan can be kept in cold storage now.

Reports suggest that the S-400 can be used to completely neutralize Pakistan’s short-range NASR (Hatf-IX) nuclear missiles. The neighbouring country has on multiple occasions brandished its NASR missiles as a threat to counter India’s aggressive counter to its ceasefire violations.

Paksitani Media Quoted as Saying “To Counter S-400 we will require extremely superior stealth aircrafts or quicker low observables ones or stealth cruise missiles can solely dodge the built-in protection system. Within the wake of an all out struggle, Pakistan can outnumber the Indian protection system by launching too many missile and fighter jet assaults, making it close to unattainable for the S-400s or Akash missiles to disclaim zero penetration in Indian airspace. Such an assault will come at a heavy worth militarily and in any other case, with restricted success. If Pakistan’s financial system was performing as per potential, Pakistan might comply with China’s go well with and develop hypersonic multistage missiles.”

Russia will complete the delivery of the S-400 missile systems to India by 2024-2025, Deputy Director of the Federal Service for Military-Technical Cooperation Vladimir Drozhzhov told reporters.”The first system will be delivered within 24 months after the advance payment is made. That said, India will start receiving the S-400 systems at the end of 2020 or a little later. The next four S-400 regiment sets will be delivered in the next few years. The delivery process will be completed by 2024-2025.

In a way, the agreement will not only strengthen India’s defend capabilities but also economy through boosting Make in India.