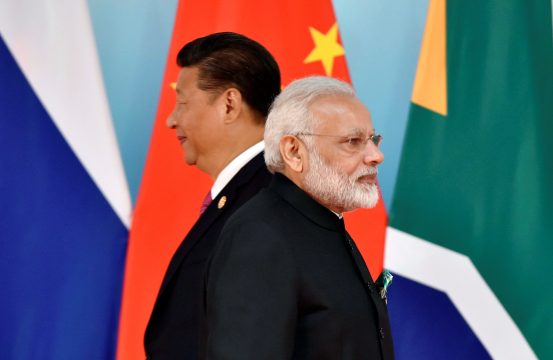 With China not disengaging in Finger area, Depsang plains and Gogra after multiple rounds of military talks, top Indian political and military leaders are scheduled to meet on Monday to discuss the way forward there.Chinese troops have been camping in the Finger area for over three months now and have even started fortifying their bases there with construction of bunkers and sangars.

“Top political leadership along with the military leaders are scheduled to discuss the strategy to deal with the ongoing situation in Eastern Ladakh sector where the Chinese had transgressed into multiple locations,” government sources told ANI.

The leaders are expected to discuss how to deal with the situation where the Chinese have adopted a rigid approach and engaged in a standoff with Indian forces in Depsang plains, Finger area and Gogra for almost three months now, they said.

The meeting of senior leadership is happening almost a week after the last meeting between the Major Generals of India and China at Daulat Beg Oldi. During the talks, the Indian side asked the Chinese to stop efforts to create obstacles for the Indian patrols going to Patrolling Point 10, 11, 12 and 13.
The Chinese have been demanding that India should deescalate from the DBO and Eastern Ladakh sector but India is clear that the Indian build-up has been in response to the Chinese actions and build-up along with the Indian territory.

The Chinese have maintained heavy troops along with long-range artillery and armoured vehicles opposite DBO sector and India has also built up accordingly to prevent any misadventure by the Chinese.

The Defence Ministry recently stated that the Chinese have been showing aggression along the LAC since April-May timeframe and has transgressed into the Indian areas from Kungrang nala, Galwan valley and other areas.
On June 15, the Indian Army was engaged in a faceoff with the Chinese troops near PP-14 in Galwan valley in which 20 Indian soldiers were killed.
On July 17, Defence Minister Rajnath Singh had said, “Talks are underway (with China) to resolve the border dispute…it should be resolved. But to what extent it can be resolved, I cannot guarantee it. But let me assure you that no power in the world can either touch or capture even one inch of Indian territory.”

The Chinese have refused to vacate Finger area and are saying that they would maintain an observation post with over 30 soldiers around Finger 5. India has made it clear that the Chinese should completely disengage from all friction points.