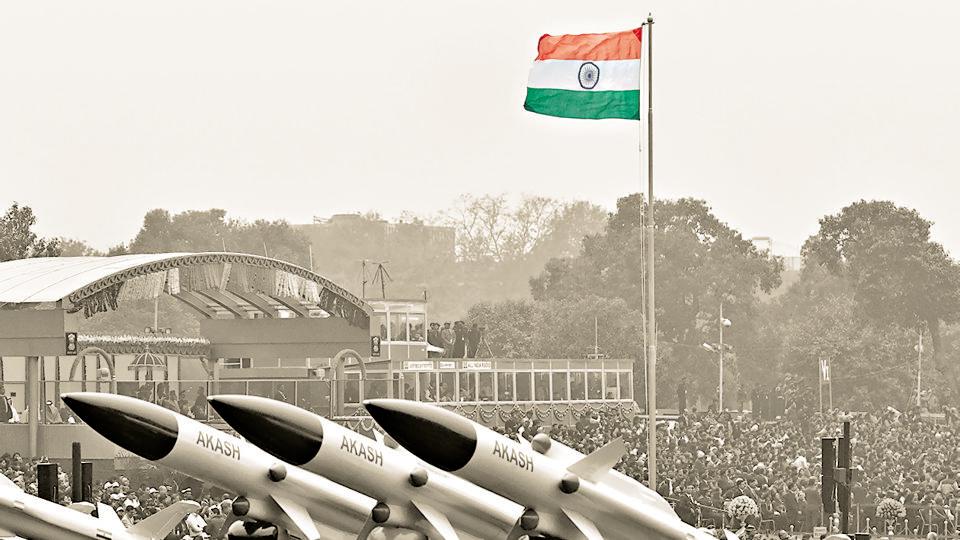 In what would be considered a signal moment in the evolution of India’s nuclear weapons policy, defence minister Rajnath Singh said, and then tweeted, on Friday, that while New Delhi remains committed to nuclear no-first-use (NFU) till “today”; what the country may or may not do tomorrow is a different story.

This is not the first time that the Bharatiya Janata Party (BJP), under Prime Minister Narendra Modi, has cast grave doubts over India’s NFU commitment since it is has been in power. Recall the then defence minister Manohar Parrikar’s 2017 musings at a book launch, where he refused to accept why India as a “responsible” nuclear power would bind itself to an NFU posture, though he later claimed this was his “personal view”. Could Singh’s statement then indicate a further shift in this direction?

This chipping away at India’s nuclear-weapons use posture is strategically unsound and diplomatically questionable. It plays into the hands of Pakistan, which has forever sought a notional parity with India in terms of intransigent nuclear behaviour; it provides no additional security to this country in so far as what our nuclear deterrent already fetches; and it alarms China — the fact that this happened hours before Beijing was scheduled to open an “informal consultation” about Kashmir at the United Nations Security Council is hard to miss. This also arms critics of India’s nuclear-weapons policy (including in the United States).

It is also timed with a nation facing a serious internal security challenge, with the defence minister’s statement coming just 11 days after breaking the state of Jammu and Kashmir into two Union territories in the middle of a rather unprecedented security crackdown. While the defence minister’s posture may or may not have anything to do with the ongoing crisis in Kashmir, one thing is clear. This is, indeed, a new New Delhi.

Pakistan’s facilitation of jihadists under the cover of its nuclear umbrella has been a long-standing concern to India. By introducing battlefield nukes, Rawalpindi felt it foreclosed Indian conventional military options as Kashmir (and Mumbai) bled. At the same time, Delhi sought to ever expand its options in fits and starts. It never quite mustered the courage to do what many thought — and still think — was/is needed: Teach the Islamic Republic of Pakistan a hard lesson.

Enter Narendra Modi. Witness the “surgical strike” of 2016, or the Balakot air strike of February 2019. A duel is the subject of all strategy, the great Prussian military thinker Carl von Clausewitz once told us. This one, between Pakistan’s perfidy and Indian prevarication, was of half-finished businesses, New Delhi having neither deterred nor cautioned the generals in Rawalpindi about its intentions. Simply put: We were not duelling with a state, but with a shadow, whose threats and entreaties came simultaneously. That suite of cards finally stands flipped today.

The fear of annihilation, and blackmail, is not one-sided, the Modi government seems to be re-assuring us.

Do we have what it needs to follow through this? As a specialist on nuclear weapons, I have two thoughts on this. A “first use posture” requires a hair-trigger alert, the ability to strike the enemy’s missile before it can do the same to us. It requires the ability to have 24/7 nuclear bombers in the sky, much like how things were between the US and the Soviet Union during the Cold War. It requires the ability — when it comes to Pakistan — to take out mobile batteries of Pakistani Haft missiles in the event of a war, knowing well that we are the ones staring at a nuclear war.

At the same time, it requires courage and moral certitude which I am not so sure we possess as a nation. We remain uncertain about who we are, who we consider our enemies, and what price we are willing to bear to know both. It is, and this is a reminder of the early days of the Cold War in the United States, a comfort to fight knowing you may not see another day.

The defence minister is one of the most thoughtful members of the Union Cabinet — his statement, thus, is no accident. It is neither braggadocio nor a threat, simply an expression of a nation tired of all time-worn certitudes. The matter at the end is not a technical clarification of a weapon’s use — and nuclear bombs are weapons, no matter what people may have told you. It is of a young nation, looking beyond. Nuclear weapons policy, as the defence minister obliquely reminded us in his tweet, is not static, subject to some unknown shibboleth. It reflects us, as the existential deterrent, binding our lives to those we thought were different.