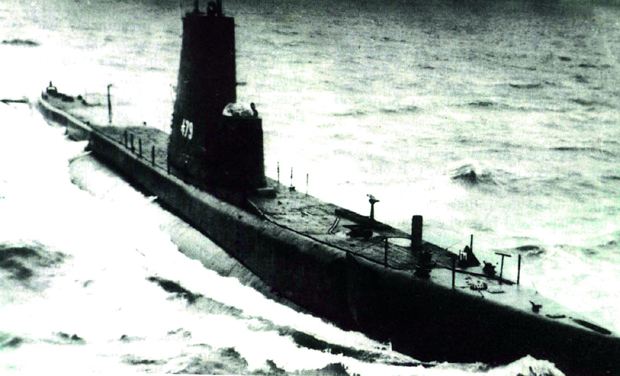 In what is coming as a major revelation, it has been informed that the remains of PNS Ghazi, the first fast-attack submarine of Pakistan Navy, discovered in the waters of Visakhapatnam, might soon be turned into a tourist attraction in the city. The submarine, which was Pakistan’s flagship underwater vessel, took part in several wars including the Indo-Pak war in 1971, during which the submarine sank in the waters near the Visakhapatnam harbour.

Sinking of PNS Ghazi is one of the most mysterious things about 1971 war. The Indian and and Pakistan quote different reasons for sinking of PNS Ghazi. India says that INS Rajput was the one responsible for hitting PNS Ghazi on that fateful day and Ghazi was sunk by a clever plan by Indian Navy. The Pakistani Navy thought the INS Vikrant is near Visakhapatnam but it was out near Andaman when INS Rajput was at Visakhapatnam. PNS Ghazi came in search of INS Vikrant but was baffled by INS Rajput and torpedoes hit the Ghazi and it sunk.

Historians claim the sinking of Ghazi to be a notable event and as one of the biggest mysteries of the 1971 war with Indian and Pakistan sources having different views behind the reason for its sinking.

Balram Naidu, director of Livein Adventures, while speaking to Yo! Vizag said, “PNS Ghazi has been located near the entrance of the city’s port, at a depth of 28m from the sea surface. While the divers of Indian Navy have been conducting regular dives here, further details are yet to be studied. We need to discuss with the concerned authorities and decide how to take this further and help Vizag gain another feather in its cap of the tourism industry.”

What does PNS Ghazi hold for Vizag?

With the advent of water sports and adventure activities at the city’s bay, Vizag has certainly grown to be renowned as a premier destinations for water sports enthusiasts. Also, the recently discovered shipwrecks, along with the exhilarating scuba diving activities, have given the city’s tourism sector an all-new boost. PNS Ghazi seems to be poised to bolster this further as Vizag gears up for yet another tourist attraction.