Why Indian Navy cannot have a nuclear powered Aircraft Carrier ? 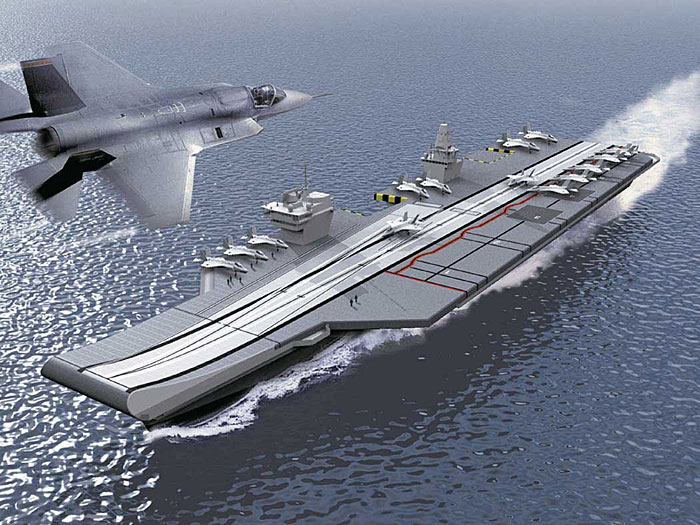 US and France are the only two nations that have nuclear powered Aircraft Carriers. Nuclear propulsion is the proper option for a carrier of 65,000 tonnes as with increasing needs of ECM,ESM and EMALS more and more electrical power is needed. Smaller carriers cannot project power in far flung areas as they cannot carry necessary numbers of Fighter Planes to maintain Air Superiority. Fixed Wing Aircraft based AWACS and ASW systems are also critical as Helicopters are restricted by their speed and range and cannot scan larger areas.
The Modern Eastern carriers originating from Soviet designs have a ski jump ramp assisted take off and it’s planes cannot carry full fuel and weapon load limiting their efficiency. Although India’s MiG-29K can carry two Anti-Ship Missiles+Two SRAAMs with full fuel, it is still not the best it can do. Su-33 and J-16 cannot do this. For similar load they will have to sacrifice fuel capacity and carry only half fuel limiting their range. A nuclear powered carrier can run for 25 years without refueling making it an ‘unlimited range’ aircraft carrier. It also generates enough electrical power to support EMALS and RF based systems onboard. It is a costly job to make a small nuclear reactor capable of fitting inside the limited space of an AC, the materials has to be costly to provide necessary shielding from radiation and nuetron interaction with fissionable material before it escapes. Since sheilding is very less, highly enriched weapons grade Uranium or any alternative fuel has to be used. The mechanical system that controls the control rods are also different and has to be designed with high precision. On land nuclear powerplants rely on gravity for downward movement of control rods but in sea with ship constantly pitching and rolling control rods need to be carefully inserted. The land bas d nuclear powerplants needs a large desalination plant for water to be used as steam and as coolant. Similar compact and complex desalination unit has to be installed with a powerplant in AC increasing a cost.
The docking for maintenance has to be carried out only at Nuclear Certified Ports where there would be highly skilled and well paid personnel for servicing. The nuclear powerplant Inna ship is connected with civilian electrical transmission grid while ship is resting but the powerplant isn’t stopped. Investment would be needed to create such nuclear certified ports and personnel. Even though the carrier may have unlimited range, other ships in a CBG do not have it. Currently India is developing nuclear submarines and infrastructure and personnel for it’s support. A large number of that is needed for a Carrier.
Originally the Indian Naval Doctrine states the need for Aircraft Carriers for defence of Indian Ocean Region and control over strategic choke points. Secondary role being disaster relief support and Strike on Pakistani shores to land lock that country. By 2030 their will be atleast one Chinese Nuclear Powered Aircraft Carrier permantly deployed in Indian Ocean. The choke points such as Gulf of Aden, Palk Strait, Strait of Malacca would be hotly contested. India badly needs a third aircraft carrier which would mean that atleast two of the three carriers would be available for defence of choke points.
India currently have a listening post in Madagascar and will have more upcoming Naval bases in South West region of Indian Ocean as well as South China Sea. These bases would be vulnerable if proper Air Support is not provided. This is another reason why a third AC is needed. I am not saying that India shouldn’t have a third nuclear powered AC but if it has to then it should devotee time and money in building the necessary infrastructure and raising personnel. If more nuclear powered ships such as battle cruisers, etc are developed then the Nuclear Certified Ports and support personnel would be efficiently used. Otherwise the Go/NoGo decision for a third AC would be very difficult for Indian Navy.
Source:- Next Generation Weapons Facebook